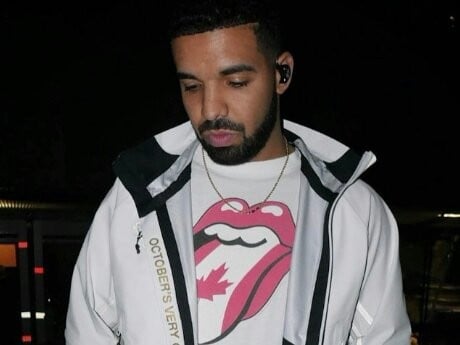 Toronto – Thousands of Drake fans got an unexpected performance from the Toronto native over the weekend as part of the Canada Day celebrations. As OVO-signed duo dvsn was finishing its set on Saturday evening (July 1) in Nathan Phillips Square, the crowd went silent for a moment before a familiar voice took to the intercom and rapped, “I was running through the six with my woes.”

The line elicited some cheering, but the house came down seconds later when Drake unexpectedly took to the stage.

Video from the event shows the crowd in an electric mood and Drake letting loose.

Drizzy also conducted the crowd through a rendition of “Fake Love” before telling his hometown, “And that is why you will forever be the greatest city in the world.”

As one of Toronto’s proudest sons, Drake was also tasked with introducing the firework show. “I got something planned,” he said. “I don’t know if you’re gonna like it.” But there’s a sense Drake knows exactly what Toronto likes. Toronto likes Drake. In fact, Toronto loves Drake.

The performance comes on the heels of fans’ disappointment that Drake’s OVO Fest sold out so quickly. This show will at least appease a few of those fans that were unable to snag tickets to the August 7 event.

Check out video of Saturday’s concert above.