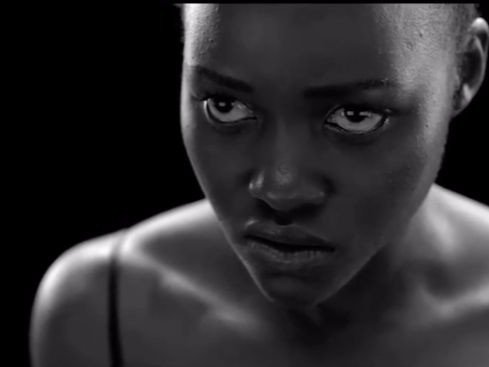 As the release of JAY-Z’s 13th solo album 4:44 approaches, fans have been hit with teasers in the past few weeks. The latest clips to hit the web feature intense visuals, including one titled “MaNyfaCedGod” and helmed by Oscar Award-winning actress Lupita Nyong’o.

Two new teasers made their way to the internet on Tuesday (June 27) and one features a young boy running in fear from an unseen force. In the background, a busy instrumental can be heard and goes into reverse towards the tail end of the clip before the banner ad for the album and its June 30 release date are displayed.

In the second clip featuring Nyong’o, which also debuted Tuesday, the actress can be seen kneeling on the floor in a dark room. The camera takes several close shots of her face as she appears to goes through periods of pain, sadness and rage. Ambient noise makes up the background sounds of the clip before it abruptly ends and flashes to the same banner ad shown in the aforementioned clip.

Check out the latest clips above.