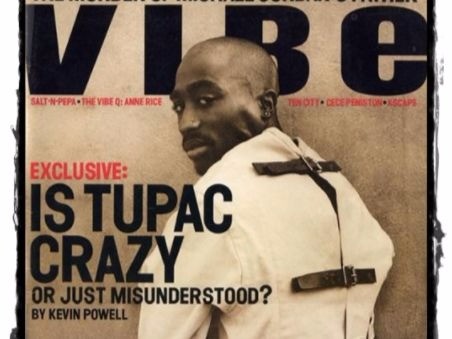 New York, NY – Prominent Hip Hop journalist/author Kevin Powell, who was also a cast member on the first season of MTV’s The Real World, has filed a federal lawsuit against the creators of the Tupac Shakur biopic, All Eyez On Me, which he says relies heavily on interviews he conducted.

The articles in question were published in Vibe Magazine around the mid-’90s and focused on Shakur’s two major influences — civil rights and gangster rap, but Powell has also penned cover stories on Shakur for publications like Rolling Stone. According to the suit, All Eyez On Me‘s executive producer L.T. Hutton did an interview earlier this month where he admitted he looked at “all of the interviews” with the late Hip Hop luminary to make the movie. Powell took to his personal Facebook account to clarify his stance.

“After a great deal of thought and consultation with many, including my attorneys, I have filed a federal lawsuit against the producers and writers of ALL EYEZ ON ME, the new Tupac Shakur biopic, for copyright infringement,” Powell posted on Facebook. “After viewing the movie twice in the past few days, it is clear that my exclusive Vibe cover stories on Tupac Shakur (when he was alive), were lifted, without proper credit or compensation of any kind to me, and used in ALL EYEZ ON ME.

“As the owner of the copyright to these articles, ALL EYEZ ON ME infringed on my rights by using content and narrative that was exclusive to my writings,” he continued. “I am seeking justice and a resolution in this matter that is fully fair to me and all the work I’ve done throughout the years, as an author and protector of the Tupac Shakur narrative.”

Throughout the movie, Shakur is interviewed by a journalist (played by Hill Harper) while in prison just as Powell did in real life. Sources close to Powell told TMZ multiple people have asked him if Harper’s character is based on him.

Powell is reportedly asking a judge to immediately block the film from playing in theaters and award him a slice of the profits it’s already raked in. Despite mixed reactions from fans and critics alike, All Eyez On Me earned $27 million during its opening weekend and landed in the #3 slot in the box office charts.

HipHopDX reached out to Powell’s lawyer Keith White, who said: “Kevin Powell has consistently worked to cover and protect the Tupac Shakur narrative with integrity and dignity. To that end, Kevin took creative license to protect the complex human being that was Tupac Shakur. This included fact-specific narrative changes and character creation in an effort protect the legacy that Tupac was still building.

“Kevin’s exclusive and intimate access to Tupac Shakur came as a result of the trust established over the years,” he added. “The narrative that Kevin developed from many intense and exclusive moments with Tupac should not have been used in any film without Kevin’s approval and consultation.”

DX attempted to contact L.T. Hutton, but did not hear back.