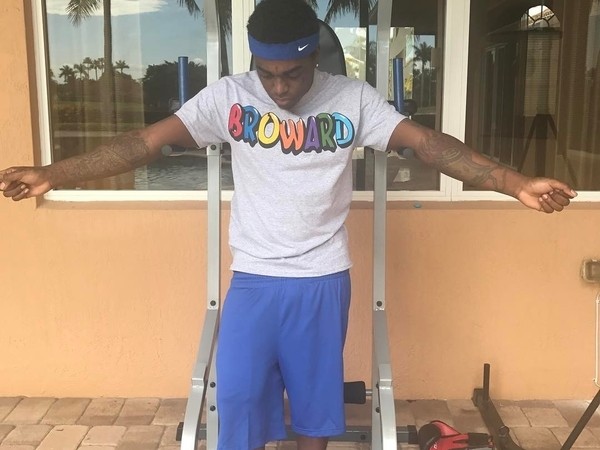 Fort Lauderdale, FL – The newly free Kodak Black found himself back in court earlier this week, but it wasn’t for reasons connected to his recent legal issues. The Florida rapper apparently filed court documents to legally change his name for reasons that have yet to be revealed.

According to exclusive reports from Bossip and The Jasmine Brand, the “Tunnel Vision” star wants to change his name to Bill Kahan Blanco. The change has yet to be approved by a judge and could face some hurdles considering the 19-year-old rapper born Dieuson Octave is serving probation stemming from a 2016 case.

Adding to the Kodak Black wins for the month of June is a TMZ report that reveals he’ll be able to work alongside rappers who are convicted felons, something that initially violated the conditions of his release. The order also allows for Kodak to spend time around family members who might have felonies on their rap sheet as he serves out his house arrest.

Kodak will be confined to his home for at least one year and must ask permission to travel outside state lines for work-related reasons only.

Watch his “First Day Out” video above.