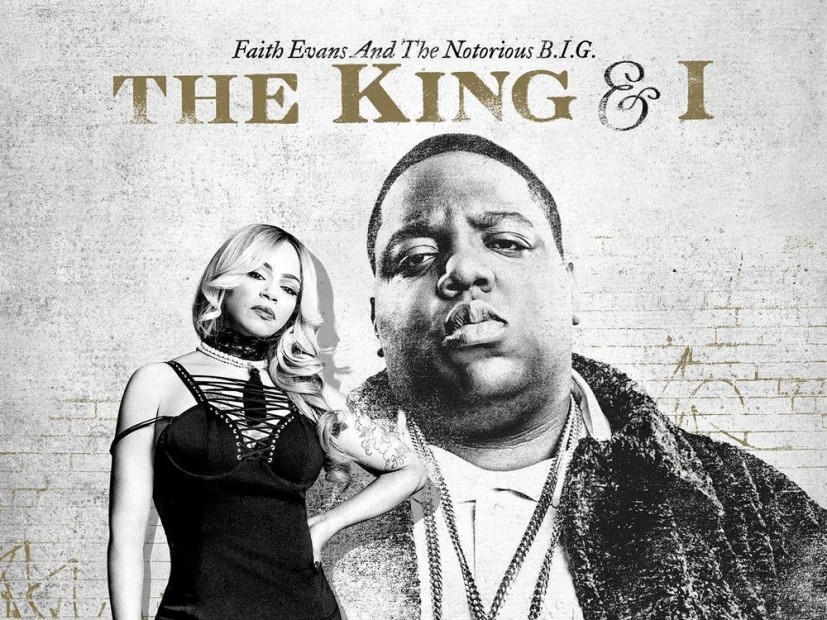 Faith Evans found a way to bless the world with new music from The Notorious B.I.G. 20 years after the legendary MC’s death, his widow has put together a duet album with her late husband titled The King & I. The 25-track project sees Evans injecting new life into classic Biggie verses and debuting a few previously unheard ones too. Evans also enlists the help of Lil Kim, Snoop Dogg, Busta Rhymes, The L.O.X. and Lil Cease to bolster this unique duet album.

The LP has been in the works for quite some time, as Evans said the project was in its “finishing stages” in March 2016. During an appearance on Dame Dash’s podcast, Evans told the co-founder of Roc-A-Fella Records that she and Biggie would have recorded a duet album if he had not been tragically killed in 1997.

“Today, if he was alive, I know, ultimately, we would’ve done something like this,” Evans said. “But the way the stuff has come together, and the way I’m using his vocals, it’s giving the stuff new life. It’s totally different.”

Check out Faith Evans and The Notorious B.I.G.’s King & I album stream, cover art and tracklist below.

For more coverage of The Notorious B.I.G., check out HipHopDX’s The Breakdown below.