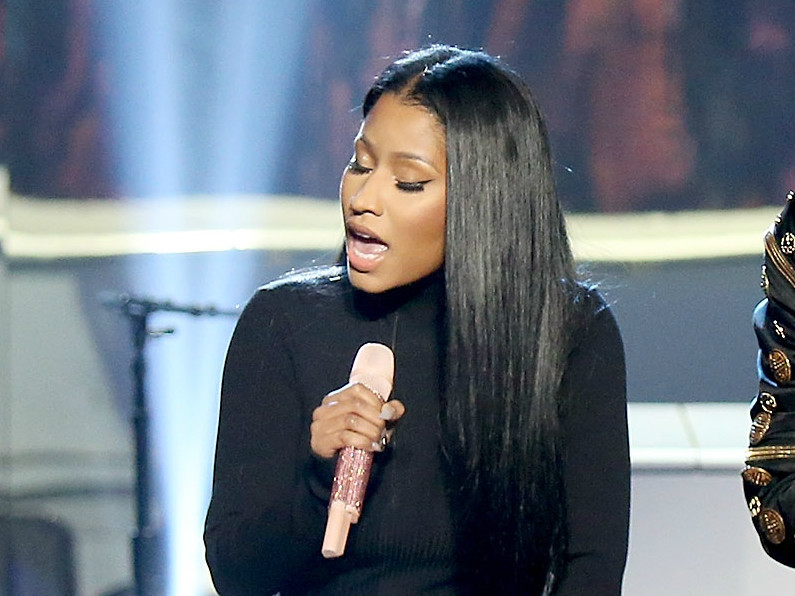 Nicki Minaj hasn’t released an album in more than two years. However, that isn’t stopping her from opening the 2017 Billboard Music Awards with a performance featuring Lil Wayne, David Guetta and Jason Derulo.

Billboard made the announcement via Twitter on Thursday (May 18) ahead of the awards ceremony, which takes place on Sunday (May 21).

With these guests, Nicki will likely perform renditions of Guetta’s “Light Up My Body” with Weezy and Derulo’s “Swalla,” although it’s not known if they will perform the original track or its sultry remix.

Nicki is only nominated for one trophy — the Billboard Chart Achievement Award. She’s competing with country singer Luke Bryan, The Chainsmokers, Twenty One Pilots and The Weeknd.

The Queens rapper broke Aretha Franklin’s record this year for the most Hot 100 singles ever earned by a woman. In March, she collected her 74th, 75th and 76th Hot 100 placements with her #3PackfromParis release, which featured the Remy Ma diss track “No Frauds.”

Elsewhere in award season, the Boss Barbie is once again nominated for Best Female Hip Hop Artist at the BET Awards. She is up against her rival Remy and if she takes home the crown, it will be her eighth straight win.

While we wait for the Billboard Music Awards, check out some of Nicki’s past performances below.