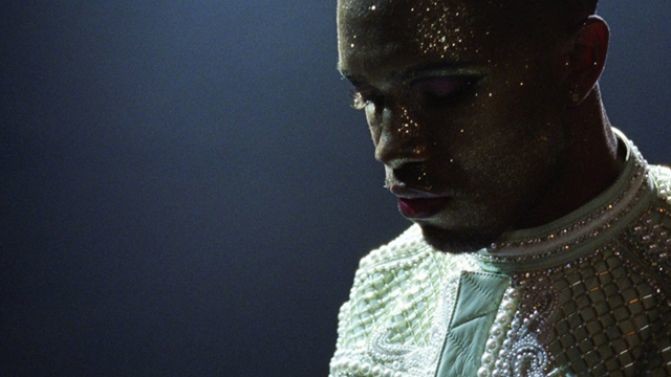 Frank Ocean is widely considered an enigmatic figure of sorts, known for hiding in plain sight or not being seen at all. He releases music sparingly, and at a sporadic pace that’s totally his own. However, the recent streak of Frank records, both solo and guest appearances, premiered on his Apple Music platform blonded RADIO infer that releasing music in droves isn’t a problem. Perhaps it was his pesky major label ties? Maybe he’s in a better groove now that he’s defeated writer’s block (thanks to The Beatles).

Whatever the case, the Monday (May 15) version of the DX Digest features a handful of records premiered during episode six of blonded RADIO. With that comes new music from A$AP Rocky, Chance The Rapper, Curren$y and a fresh mixtape from Juicy J.

A$AP Rocky has his hand in so many pots that it never truly feels like he’s missing from rap. But he appears to have caught the rapping bug as of late, with his greatest feat of recent being a track titled “RAF,” featuring Frank Ocean, Quavo, and Lil Uzi Vert. Premiered during episode six of Frank’s blonded RADIO on Apple Music, the song has already become the topic of social media banter, receiving tons of polarizing hot takes along the way. But one thing’s for certain, the all-star lineup paired with the hypnotic beat make this a sure shot candidate for an eventual summer smash single. Find it here.

The second version of A$AP Rocky’s posse cut “RAF” can be found here.

Chance The Rapper & Kaytranada – “And They Say”

To be Frank (pun intended), few Apple Music radio shows are delivering like blonded RADIO. Along with a handful of new songs by and featuring Frank Ocean, episode six brought us a collaborative song from Chance The Rapper and Kaytranada called “And They Say” that the former has been performing for some time. With both artists currently firing on all cylinders, the margin for error for this collab was low. The result is the 2017 equivalent to what the pied piper (not of R&B!) does to his listeners.

What happens when your favorite elusive singer-songwriter isn’t so elusive anymore? We’d bet that Frank Ocean fans are still trying to process that question, as they continue to enjoy the loose tracks he releases via blonded RADIO. Episode 6 brings a solo extended version of “Biking,” a song that originally featured a verse from Jay Z.

Sonny Digital gives Curren$y a beat that breaks him out his familiar pocket of smooth production. The result is a track titled “Not A Crumb,” on which we see the seasoned New Orleans rhymer weave in and out of every pocket the syncopated 808s have to offer. They don’t call Curren$y “The Hot Spitta” for nothing

Rap vet Juicy J keeps the trippy tunes coming on his new 10-track mixtape Gas Face. The brevity of the project is echoed in a short list of guest appearances from Lil Wayne, Chris Brown, Quavo, and Yung Nudy. Production from Southside, TM88, and Sonny Digital, just to name a few, ensures that the music is sure to rattle your speakers.

Dizzy Wright – “Word On the Streetz”

The intro will sound familiar to that of a staple rap song from a Harlem favorite, but don’t expect a pink pair of Timberland boots to step out on Dizzy Wright’s new track “Word On the Streetz.” The latest entry in the “Still Movin” Mondays song campaign, the track features the West Coast spitter keeping it very candid, while displaying a dexterous flow that many of your favorites could never exhibit.

Singing isn’t Long Beach rapper Joey Fatts’ forte, per se. But that doesn’t stop him from dedicating some heartfelt vocals to his mother on “Momma Serenade,” a song he delivered with a kiss on Mother’s Day. Defined by lines of conviction like, “I’m gonna buy a house as soon as I can afford to,” we hear Joey at his most vulnerable over production by 100staccs.

In life, there are times where you have to sit on your stoop and vent to the homies. Dave East shares that conversation with the world in the visual for “Party Monster,” his remix of The Weeknd’s song of the same title.

Dreadlocks & Headshots, a collaborative project with Sacramento’s Mozzy, will be Gunplay’s first project since releasing his Def Jam debut Living Legend in 2015. But it appears that he has some solo music in the chamber as well. Enter “D-Boy Fresh,” which has that bounce and some street savvy lines from Gunplay to match. This song is the first link from his upcoming solo release The Plug, due out June 9.

Producer Pi’erre crafted the beat that your favorite rapper covets with Playboi Carti’s “Magnolia.” Here, we see fellow ATLien K Camp remix the track and title it “Robin Hood.” But this isn’t exactly an audible experience based on nobility.