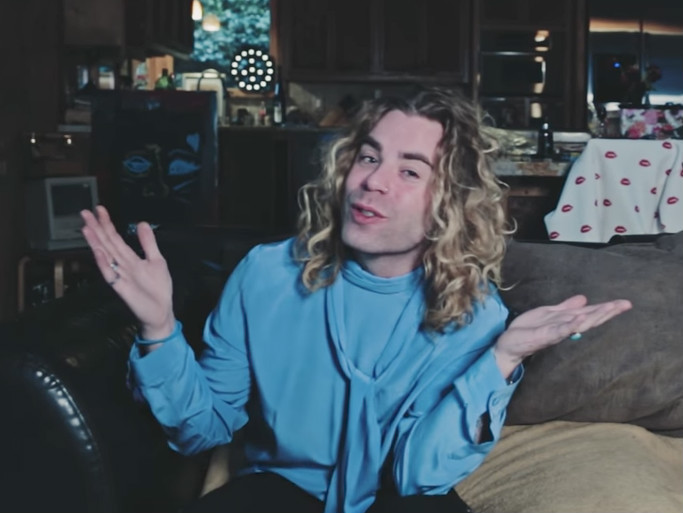 Mod Sun Shares How He Broke Free From Temptations Of Hollywood

Monday (May 8) marked the last stop on Mod Sun’s Drive-In Movie Tour. It was a family affair at The Roxy, which turned into a movie, as predicted. Bay Area’s own G-Eazy came out to support the man who gave him his big break. After performing his hit single “Stay High,” Gerald thanks Mod Sun for bringing him on his first tour ever.

This tour was in light of Mod Sun’s recent project Movie, which showed a side of Mod fans had never seen before. Speaking on the record, Mod Sun reveals that Los Angeles, now second home to the Rostrum Records rapper, proved to be more than he had bargained for.

“So what happened was, I was on a crazy kind of pace,” he shares. “I’m 30 now. I’ve never been a drinker. My parents are both heavy drinkers. Never been a drinker. And all of a sudden, about last year hit, and I just started drinking heavy as hell. And I went on a bender and I was also doing some other drugs that are very not cool.”

He clarifies what time of drugs he was actually using.

“Not the dirty stuff,” he says. “I’ve never touched a needle and I’ve never taken a pill in my life. Can’t take a pill. But you know, Hollywood shit. I was getting carried away. I’m so glad I decided consciously on my own. And my mom was so proud of me.”

When asked about how Mod Sun actually got help, he reveals he went on a cleanse and worked to get clean day by day.

“It was literally only a couple days,” he explains. “It was like straighten up, get it together, and there hasn’t been any issues of like, ‘Oh I want to do this.’ So I maybe didn’t even need to do it. But it was great because it was a conscious decision on my own.”

Even though it was a personal decision to clean up, comedian Andy Dick was aware of the Minnesota rapper’s habits and helped him get clarity.

“But I will say this, Andy Dick is my next door neighbor and he did at one point say, ‘Mod, I’m worried about you,’” Mod Sun says. “And when Andy Dick told me he’s worried about me, that was a moment where I decided to put my fucking foot down a little bit. ‘I love you, Andy Dick. You’re my mentor.’”

This brought up a sentimental moment with his father at the show the night prior in Santa Ana, California. After performing “Make Somethin’ Of Yourself,” in which Mod raps, “It’s a shame my parents had to split / But I had nothing to do with that,” Mod Sun was in tears.

“My dad was at the show last night,” Mod reveals. “And I talk about how my father has caused so many crazy things in my life. But, he was at the show yesterday, and I hadn’t talked to him in six months. And I performed the song, and I was in tears up there. We squashed the beef on stage.”

Besides this intimate moment, Mod Sun continues to reveal a side of him fans have yet to see.

“I tried to be vulnerable for the first time,” he says of his album. “And it wasn’t conscious. I feel so deeply about being honest with people, therefore when I was making this record, I was in a relationship. So I talked about love. And I’ve never done that before, because I didn’t have experience like that. But I like to tell the truth. So with everything, I brought it in to the point where I was like, I want to talk about the things that I talk about in my books. And bring it to my music. And get off the surface a little bit.”

To end things on a positive note, Mod Sun left this message for anybody who is fighting to stay afloat in the Hollywood bustle:

@modsun has a positive message for anyone struggling with substance abuse ???? #modsun