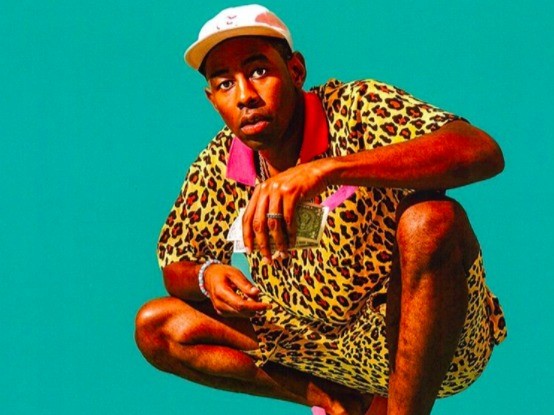 Anyone familiar with the antics of Tyler The Creator and his long list of debaucherous cohorts know that when the Odd Future co-founder gets in front of a camera, all bets are off. From off-the-wall pranks to random, non-sensical jokes, the 26-year-old rapper clearly knows how to have a good time. Viceland picked up on that and gave him his own show — Nuts and Bolts. Late Monday night (May 9), Odd Future posted the premiere date and time on its Instagram page, which Viceland quickly retweeted. The first episode airs August 3 at 10:30 p.m./9:30 p.m. Central and will undoubtedly ignite the small screen with Tyler’s comedic charm.

In addition to Nuts and Bolts, Viceland also announced another upcoming comedy series titled What Would Diplo Do?, a scripted show featuring Diplo, and actor/former teen heartthrob James Van Der Beek playing a fictionalized version of the world-renowned superstar DJ. The inaugural episode also premiers on August 3 and marks the first time Viceland is attempting a scripted show, according to Deadline.

Rounding out the summer schedule announcement is a show starring Kevin Abstract of the Brockhampton collective. Tentatively titled American Boyband, the show follows the group of young musicians and artists who initially met on a Kanye West fan forum as they travel across North America. The series debuts June 8.