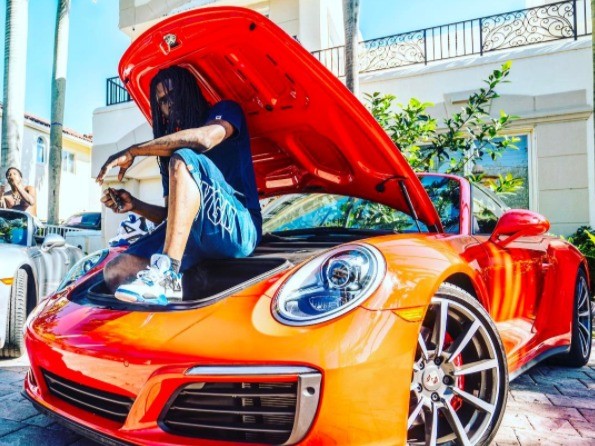 Chief Keef Brushes Off Arrest Warrant As "Nothing But A DUI"

After an arrest warrant was issued for Chief Keef in Miami following a missed court appearance earlier this week, the Chicago rapper was spotted back in Los Angeles on Wednesday (May 3), where he spoke about his legal situation and appeared to not take it too seriously.

Keef was arrested in the Florida city on marijuana and DUI charges last month and missed the subsequent court hearing on Tuesday (May 2). It follows his previous legal battle with former producer Ramsay Tha Great, who accused him of beating him up and robbing him at gunpoint in January. Keef was arrested and posted $500,000 bail.

While Sosa apparently isn’t too worried about this current turn of events, there is probably a judge out there who would advise him otherwise. Watch the video above.