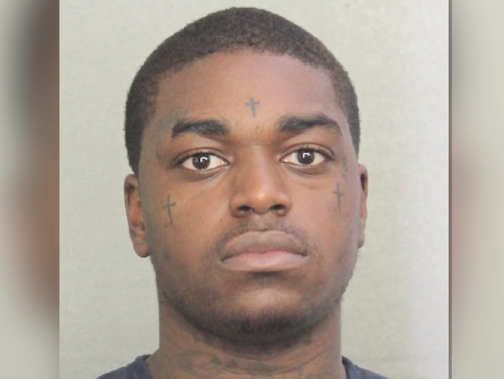 Kodak Black just can’t seem to stay free enough to consistently enjoy rap stardom, and his career is in jeopardy once again. The 19-year-old rapper from Pompano Beach, Florida, who was born Dieuson Octave, was found guilty Wednesday (April 26) of parole violations stemming from a trip to a Miami-Dade strip club, a boxing match in Ohio and other unauthorized rendezvous that proved to be more trouble than they were worth.

The Sun-Sentinel reports that Judge Thomas M. Lynch made the ruling that will inevitably be handed down come May 4 when the “Lockjaw” creator is sentenced. The state of Florida is pushing for the maximum eight-year sentence while his legal team wants him to be released. This latest saga in the teenage rapper’s life publicly came to an apex earlier in the week when it was discovered his belching was the catalyst for him being booted from an anger management class.

The nature of Kodak’s violated probation stemmed from his August 2016 trial where he was placed on one year’s house arrest, and given five years probation, community service and anger management classes over armed robbery and false imprisonment charges.

In the case of the February 2017 strip club incident, a Miami-Dade police detective took the stand to reveal that a bartender at Club Lexx alleged that Kodak assaulted her. The officer also admitted there was credible video footage of Kodak and the accuser hugging. The former manager of the club, Baljit Singh, contradicted the accuser’s testimony, saying, “Nothing happened. I was like, ‘This is ridiculous.’” Kodak was found not guilty of battery.

Kodak’s attorneys, Gary Kollin and Allan Stephen Zamren, had argued that their rapper client was actually conducting rapper business during the visits to the strip club and the boxing match, while other defense witnesses claim they made honest attempts to let his probation officer know of his whereabouts.

Take These Shackles Off So I Can Dance…

The latest string of arrest drama has stunted Kodak’s major label debut, Painting Pictures, which has since fallen to No. 13 on the Billboard 200 Charts after a No. 3 debut back in March.

It hasn’t been a promising day for #FreeRapper campaigns. Elsewhere in Cook County, IL, Kevin Gates is mentally preparing for a 30-month sentence stemming from an illegal weapons charge.