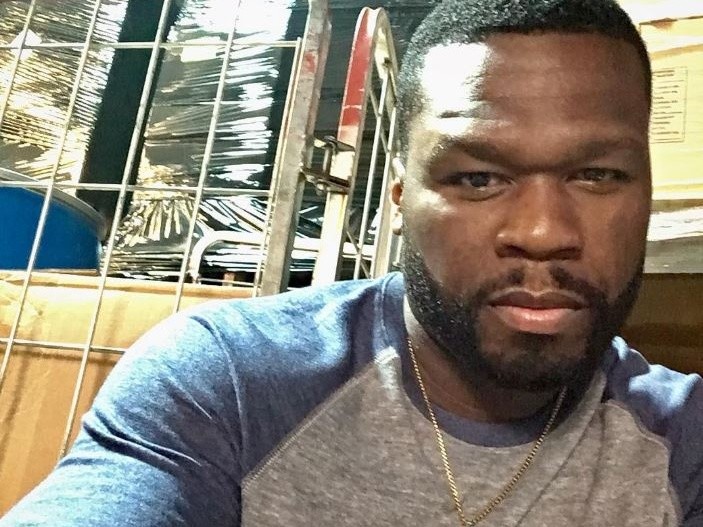 50 Cent To Executive Produce "The Oath" Series On Police Gangs

Queens rapper 50 Cent is flexing his executive producing chops once again with a new scripted drama.

Billboard reports that the G-Unit helmsman has signed on to executive produce “The Oath,” a new drama that will delve into the world of police gangs. The series will air on Crackle, a streaming service that features movies and television shows, as well as original programming.

In a statement, 50 expressed his excitement at teaming with Sony and Crackle for his latest foray into television.

“I am very excited to be partnering with Sony Pictures Television Networks and Crackle,” 50 Cent said. “To be able to bring this story to life is something I’m looking forward to and Joe Halpin’s personal experience will make this unlike anything that’s been seen before.”

Written and produced by Joe Halpin, a former L.A. Sheriff’s deputy, “The Oath” will take a look at the inner workings of police gangs, and unveil the inner drama and turmoil that surrounds such organizations.

Consisting of 10 episodes, “The Oath” is set to include “real-life reflections of gang culture” and show how the secret police societies that started with good intentions got warped over time.

Crackle also announced a second 50 Cent-produced second drama series with the working title RPM, which, according to Variety, is about “the working-class streets of Boston’s most corrupt neighborhoods following a used-car salesman who starts moonlighting as a getaway driver for a crime syndicate.”

50 boasted on his latest accomplishment on Instagram, writing “Im out here, I’m not playing around. you see me getting the job done. Get with me.”

Im out here, I'm not playing around. you see me getting the job done. ?Get with me #smsaudio

It’s currently unclear if 50 Cent will appear in the show. The musician-turned-actor has appeared on “Power,” a television show he also serves as executive producer of, and has been working on Den Of Thieves, an upcoming film with Gerard Butler.