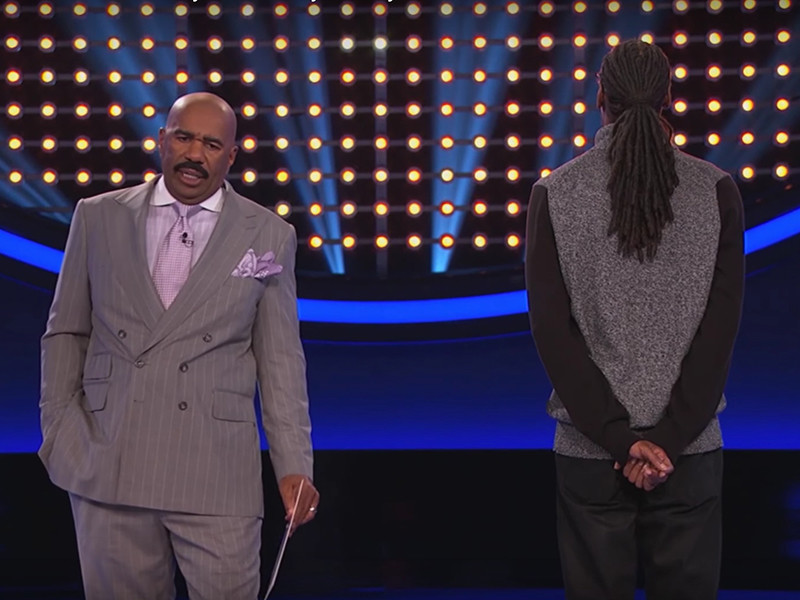 After Snoop Dogg dropped the video for “Lavender,” the whole country — up to and including Donald Trump — couldn’t stop talking about it.

President Trump, unhappy at the video that showed a likeness of him being kidnapped and “shot” with a toy gun, went so far as to call Snoop out on Twitter and brand him with one of his favorite tags: “failing.”

Comedian Steve Harvey threw his two cents into the mix during a recent episode of his morning radio show and came out on the side of the president, the same man he met with in Trump Tower during the transition period between Election Day and Inauguration Day.

He also addressed T.I. and Bow Wow‘s criticism of the president, warning them to keep their eyes on their money.

“I love Snoop. Bow Wow, always respectful and cordial with one another, me and T.I. I don’t have no problem with T.I. I love the dude. I’m just saying brothers be smart. You gotta be smart man … All y’all talking got money. You got money, man. You got money and they know how to go after that money. Just be smart, let me tell ya man, leave the first lady out of this. Y’all going down another path with these cats now. You start messing with they wives … I’ll tell y’all you going down another path.”

Harvey also seemed to suggest that Snoop Dogg could be held in some way accountable for the actions of others if someone were to bring to life the scenario seen in the “Lavender” video.

“Here’s the problem. If something happens, do you get brought in as the copycat version, the reason that spurred action? ‘Cause there’s some idiot that’s sitting at his house that’s willing to carry this out … and you don’t want to be tied to that.”