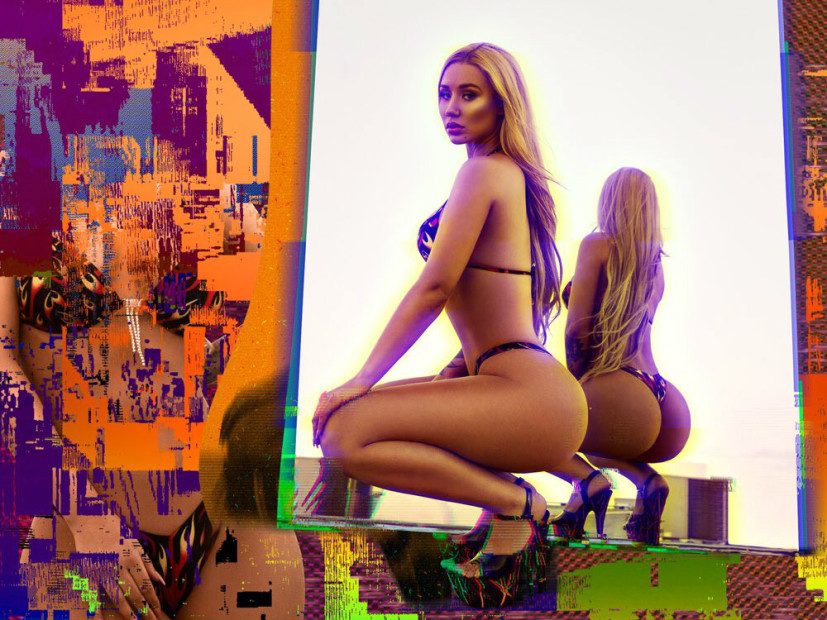 Iggy Azalea has mostly been off the musical radar for almost a year now, but shook up timelines this weekend with the announcement of a new single.

The Australian rapper took to Twitter to share the revealing cover art for her new single, “Mo Bounce,” and had been warming up to it with several bouncy IG posts over the past few weeks.

You guys did good putting the pieces together! My new single #MoBounce comes out next Friday! 3/24. Get ready. pic.twitter.com/dQmkNpCR0a

The jumbled cover art is reflective of the theme of her Digital Distortion album, which she announced in May of last year before putting it on the back-burner.

Since then, she has broken up with her fiancé, Los Angeles Lakers player Nick Young, and accepted the award for GQ Australia’s Woman of the Year.

And of course continued to be in headlines for her love life, supposedly dating French Montana for a stint after Swaggy P.