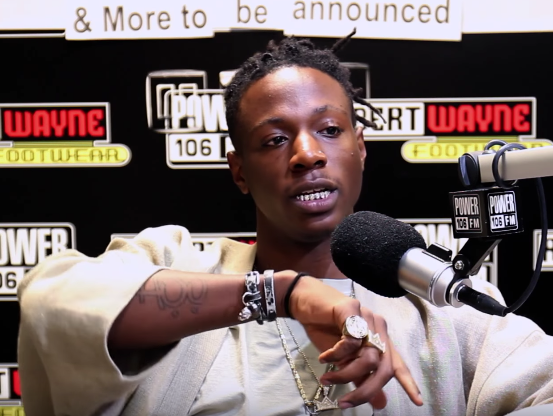 Los Angeles, CA – Joey Bada$$ picked the late Tupac Shakur as one of the many historical Black figures that have influenced him during an interview with Genius for Black History Month in February. Within that interview, he not only praised ‘Pac but he also gave himself some of that shine, declaring himself the better rapper.

When I said I was better than PAC (my favorite rapper of all time) I was refering to rap skill. Bar for bar. Not accolades or influence.

Despite trying to clean things up on Twitter after his mentions were in shambles with angry Hip Hop heads, Joey further clarified what he meant on Power 106’s Los Angeles Leakers Wednesday (March 15).

“What people don’t know is that I was conversing with my boy Rob Markman,” he says. “This is like my mans for many years since I first came into the game so there’s a level of comfort that was there when we was speaking.”

The Brooklyn Pro Era boss says that it was too easy for him to forget about the cameras and that Markman knew he meant no harm when he said he’s better than Tupac.

“‘Pac is literally my biggest influence when it comes to just being a person. People just took it the wrong way,” he continues. “I’m a man and I’m going to always stick by what I say.”

Bada$$ is preparing the release of his All Amerikkkan Bada$$ album April 7.