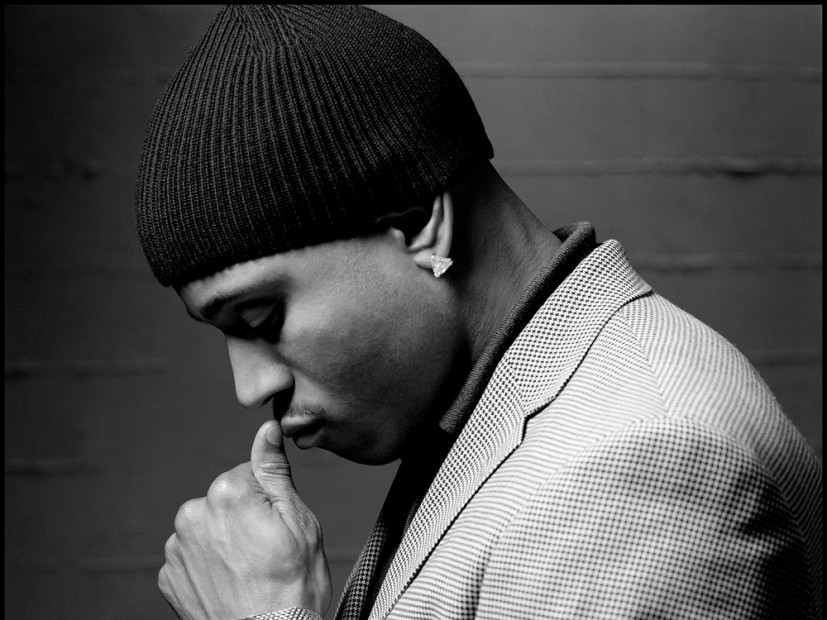 Los Angeles, CA – Los Angeles-based photographer Chris Cuffaro just closed his exhibit at the old Tower Records on Sunset Boulevard in West Hollywood (now Gibson Brands). It was surprisingly the first of his career, a strange phenomenon when considering he’s been shooting photos for 47 years.

Dubbed Greatest Hits, the exhibit featured over 60 different Cuffaro photographs, which included dramatic black and white images of artists like Ice-T, LL Cool J, The Game, Red Hot Chili Peppers, Nirvana, George Michael, John Lydon, and Ice Cube. The event properly represented the 56-year-old artist’s vast collection of iconic photographs and introduced his audience to images they otherwise never would have seen before. Cuffaro is perhaps unaware of his generous contribution to Hip Hop culture and the impression he’s made on many of his subjects.

“One of the biggest things in my career, and still to this day, is when people remember me,” Cuffaro tells HipHopDX from his home in Los Angeles. “It’s always a shock. You meet somebody and do a photo shoot with somebody, it’s one second of their life. I’ll remember them because I do the photo shoot, but you never think they’ll remember you.”

Cuffaro met Ice-T during Lollapalooza in 1991, when he was following Jane’s Addiction and capturing the band at the height of their career. He often found himself backstage, where he had access to a slew of legendary artists.

“I met Ice-T there and had a conversation with him,” he says. “I remember telling him I was a big fan and wanted to shoot him. Years later, I finally got to shoot him. I think it was ’93 when I did the first one. He was just really cool. I really liked him. A lot of these artists, behind the caricatures or personas they create, nine times out of 10, they’re really nice people. Like Henry Rollins has this image of being angry and mean, but he’s the nicest guy. He’s a puppy. Same thing with Eddie Vedder. He’s just a really nice guy. Ice-T was a really good guy and every Hip Hop artist I shot—from LL Cool J to Ice Cube—everybody, I always got along with them.”

Cuffaro grew up in San Jose, California and ’70s funk was the predominate music he gravitated toward as a teenager. He believes his taste in music lined up with many of the rappers he worked with, so it made it easier to get along during photo shoots.

“When I sit down and talk with these guys, I’m like, ‘I know you’re looking at me like I’m some dumb white guy, but here are the concerts I went to and the music I like,’ and it would give me some credibility to them,” he says. “I know that’s how I connected with Ice-T on. They’d appreciate I wasn’t some dude that wasn’t into music. I was into music more than I was into them in a sense. Ice-T, at the time, I was shooting him and he just goes, ‘You’re O.G.’ I looked at my assistant and was like, ‘Wow.’ I felt like I got knighted.”

While many rappers’ personas to the outside world is that of bravado and violence, Cuffaro gets a unique behind-the-scenes look every time he shoots an artist, and his photography is a way to learn about people he never would have encountered otherwise. He recalls one particular incident that involved Ice-T, Body Count and guns.

“We’re doing this picture where they’re all holding guns, and posing with guns, and everybody had fake guns, except one guy brought a real gun,” he explains. “Ice-T goes nuts — like a parent. ‘What are you doing? Get that the fuck out of here!’ He really got upset the guy brought a real gun to the photo shoot. It was funny. This poor guy really got scolded. In the ‘70s, I went to schools that were all blacks and Mexicans. We had low riders, cholos — that whole thing — but I was never fearful of that. Gangs back then were nothing compared to what it’s like today. I got along with everybody. I don’t fear them. I could get along with everybody and I used my photography to do that.”

LL Cool J was another artist Cuffaro particularly enjoyed working with on set. Much like his video for 1987’s “I’m Bad,” where he pulls up flossing his gold chains and driving a flashy muscle car, Cuffaro expected a similar presentation when initially meeting him in 1991, but that’s not what he got.

While many people may be intimidated to shoot all of these hardcore gangster rappers, there is truly only one thing Cuffaro feared at the time and it wasn’t them. It was the handshake.

“My number one fear is saying goodbye to the Hip Hop artist because I never know what handshake is the one to do,” he jokes. “It could be a fist bump, the chest bump, a regular handshake — you never know. What is it today? I’d look at my assistant, but we never knew. Method Man would come at me and I’d reach out to shake his hand like normal, like ‘I’m a white guy. This is what we do.’”

In fact, Method Man also warmed up to Cuffaro during one of their multiple photo shoots. He describes the Wu-Tang Clan vet as a “puppy” and insists he’s his favorite artist to shoot.

“One of the best compliments I ever got came from Method Man,” he says. “I was, of course, playing ‘70s funk, and at the end of the day I told him I’d love to DJ for one of his parties, and he said I could DJ any of his parties any time I wanted. They loved what I played and it made me feel so good. It was like validation.

“At one point, Meth is sitting in a chair and pulls out this wad of cash. I was like how much is that? He said it was about $20K. I told him we could jump him, kick his ass and take his money. He was like, ‘Well I’ve got more, so don’t worry about it,'” he laughs.

Just don’t ask Cuffaro to hang out in Compton. In 2002, he was hired by Aftermath Records to photograph all of their artists and praying Dr. Dre would show up considering he’d been wanting to shoot him since N.W.A’s 1988 album, Straight Outta Compton. Although he didn’t show up, The Game did.

“He was awesome, too,” Cuffaro says. “He was so young and so nice. The best part, he just loved everything I shot, and he said if I ever wanted to hang out to come by. I asked him where he lived and he said Compton, and I said, ‘Geez I don’t know, Game.’ I would have probably looked like a cop.”

Check out some of Cuffaro’s career-defining photos above and visit his website here for more information.