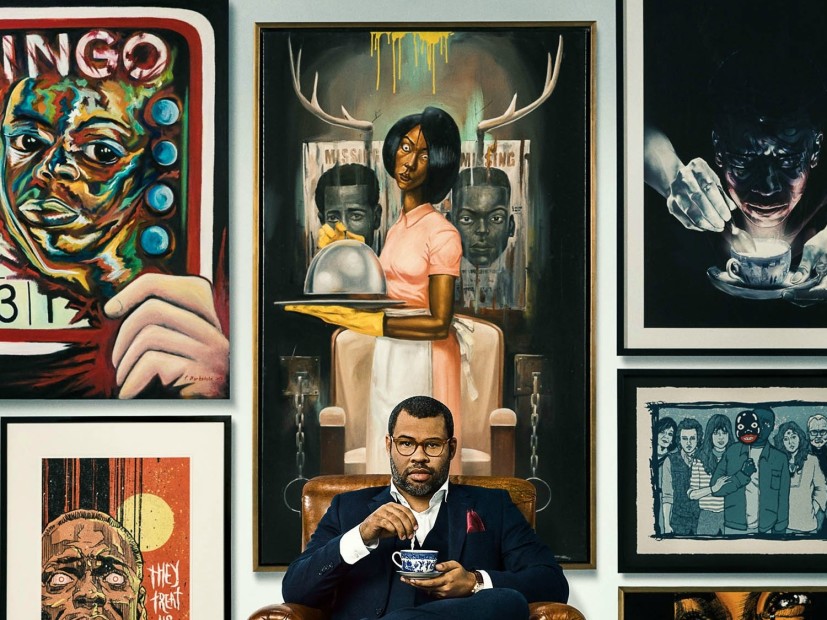 Los Angeles, CA – Jordan Peele’s directorial debut, Get Out, has the entire movie world buzzing — and for good reason.

The inventive horror film, which stars Daniel Kaluuya, Allison Williams, Catherine Keener, Lil Rel Howery and LaKeith Stanfield, raked in $30.5 million over the weekend at the box office, according to the figures made available to Variety. The tally is especially impressive when one factors in the long shadow Oscar Weekend cast over the entire universe of film.

“It’s entertaining, it’s thought-provoking, and it’s subversive,” Universal’s domestic distribution chief Nick Carpou told Variety. “I have seen [Get Out] play with audiences. They enjoy themselves and they’re telling their friends.”

Those audiences also included the members of the Hip Hop community as both Chance The Rapper and Snoop Dogg (along with HipHopDX) hosted their own screenings with guests that ranged from Lil Yachty, Ty Dolla $ign, Christina Milian and several members of the cast.

I bought all the tickets to #GetOut at Chatham Theatre on 87th Just pull up with ID and enjoy the movie.

@chancetherapper we gotta keep this going I got the next movie

And for The Game to do the same thing for his hometown of L.A.

#LosAngeles I saw @chancetherapper's post on #TheShadeRoom earlier & got inspired so in honor of #BlackHistoryMonth & in support of the homie "Peele" from @keyandpeele I bought out the entire @ipictheaters Westwood so 44 people can go see the movie #GetOut tonite free of charge ON ME !!! When you arrive, go to the front desk with your identification to get your ticket… One person per ticket & if you're bringing a date, friend etc, they must be present to redeem their on ticket….. Food, beverage, gratuity and taxes are not included. No backpacks, excessive baggy jeans nor outside food or beverages are allowed as they reserve the right to refuse service to anyone….. aka act like you got some sense…. this is 1st come 1st serve & after 10pm this free offer will expire so be early or on time….. @Sir_AsifIqbal @HaileyGoodner & the team will take care of you upon arrival & I hope you all enjoy the movie as I haven't even seen it yet myself but have heard great things & am always down to support friends & a cause… this is how #HipHop should support one another so again shout to the good brotha @chancetherapper for the inspiration ???????? #GetOut #Peele #BlackExcellence #HipHop #Support #PayItForward #iPicTheatres @therobinhoodproject

The film’s good reputation among fans (an A- on Cinemascore) actually preceded its acclaim among critics. Last week, Get Out joined the likes of Citizen Kane and Singing in the Rain as one of the few films to earn a perfect score on Rotten Tomatoes.