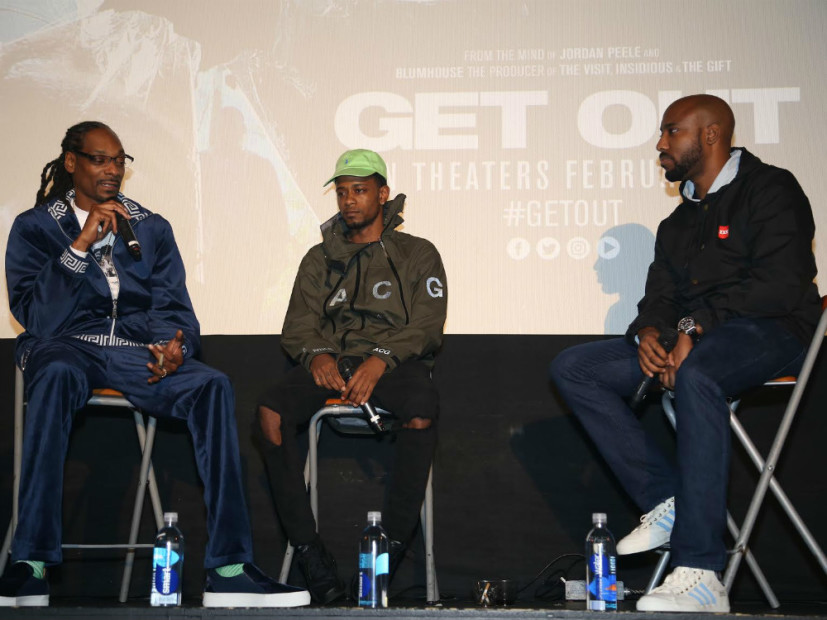 Snoop Dogg & HipHopDX Host "Get Out" Screening In Los Angeles

The hype for Jordan Peele’s directorial debut, Get Out, continues as Snoop Dogg hosted a special screening for the movie in Los Angeles on Monday (February 20).

HipHopDX Editor-in-Chief Trent Clark hosted a Q&A with actor LaKeith Stanfield, who plays a supporting role in the film.

The screening was attended by Ty Dolla $ign, Christina Milian and more.

The evening even included a celebration for Snoop’s son Cordell’s 20th birthday.

Get Out is a comedic horror story and follows an interracial couple as the white girlfriend takes her black boyfriend home to meet her family. The Universal Pictures flick hits theaters Friday (February 24).

See the Q&A and additional photos from the Los Angeles screening below.