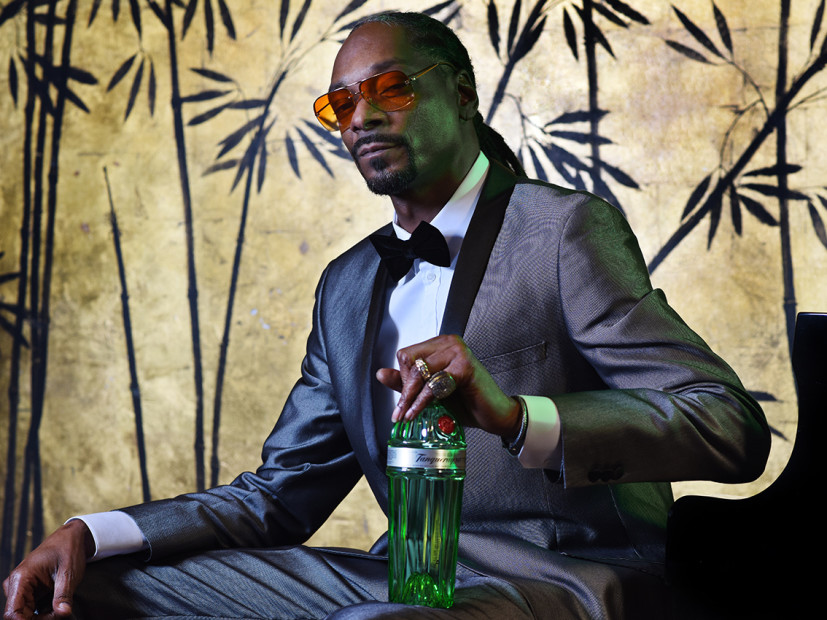 American pastimes are subjective to one’s unique experience. There’s baseball vs. basketball, summertime picnics vs. summertime BBQs, beer vs. gin and juice — you get the picture.

“Gin is upper echelon,” Snoop tells HipHopDX with an absolute aura of confidence in his statement. “I do believe it’s a step up. You just don’t find — and no disrespect — regular winos just drinking Tanqueray. That go back to back in the days when I used to go to the liquor store and they be out there standing out there and they be like, ‘Give me a few dollars, little man. Give me something to get me something to drink.’

“And I get them something to drink … and they wouldn’t get this! They would get that Mad Dog, Dub Dub or that Ripple or that Night Train or that Thunderbird,” he recalled with a laugh.

Welcome To The Tanqueary Ten

Tanqueray boasts that each individual “embodies sophistication, creativity and a masterful blend of timeless style,” hence their reason for being included.

“Tanqueray has always been good to me and we never really had a working relationship,” Snoop admits. “I would just order bottles and they would look out for me because of what I had said on my song or whatnot, but I never had a relationship with them. But once their peoples had got at my peoples and we forged a relationship, it was things that we wanted to do to enhance [it]. We just didn’t want to come with the ‘Gin & Juice.’ We wanted to give it some flavor and see what the new thang was and Tanqueray Ten was [their] new thang and I’m all about pushing something new. The bottle was fly and it just felt right. It wasn’t too big … you know, when we in the club, we don’t want to hold a bottle that’s too big. We want to hold something, feel fly. And it taste good at the same time that it look good. Look good, feel good, taste good.”

As far as that “flavor” Snoop speaks of, Tanqueray is rolling out a fresh line of recipes for 2017, including the “Tanqueray No. Ten Laid Back,” a concoction of Tanqueray No. Ten, CÎROC™ Apple, a dash of club soda and fresh pineapple juice. And as influential as “Gin & Juice” was for the masses, Snoop revealed that the one who put him up on game for his preferred beverage was none other than his Day One. His mother.

“My momma was a cold drinker in the ’70s,” he shares. “They used to have parties at the house in the living room with a bar and the 8-track cassette player. They be drinking their Tanqueray and having a good time and partying — it represented a good time.”

As far as updating his “Gin & Juice” lyric to fit in Tanqueray’s name, Snoop tells DX he hasn’t came up with an alternative line to squeeze in the opening bars of the second verse but we gave him “food for thought” for the future.

Keenan Towns, Brand Director for Gins at Diageo, expressed his excitement saying, “Tanqueray has celebrated and supported creativity and innovation, and the introduction of this program ushers in a modern era of artistic exploration. As a brand that is rooted in entertainment and the arts, it was a natural extension to collaborate with our brand ambassador Snoop Dogg to build a united group of some of the best innovators in music, fashion, film, art and more that all have a long-found passion for ‘Gin & Juice.’”

Much to the general public’s delight, members of The Tanqueray TEN will be collaborating with Big Snoop Dogg within the range of their respective talents throughout 2017 (including a few original remixes to boot). Additionally, the individuals will be spotlighted and celebrated at special events and key moments throughout the year with Tanqueray.

For more information on the Tanqueray Ten and Snoop Dogg, visit the official site. And always remember that whenever you sip Gin & Juice, do so responsibly.