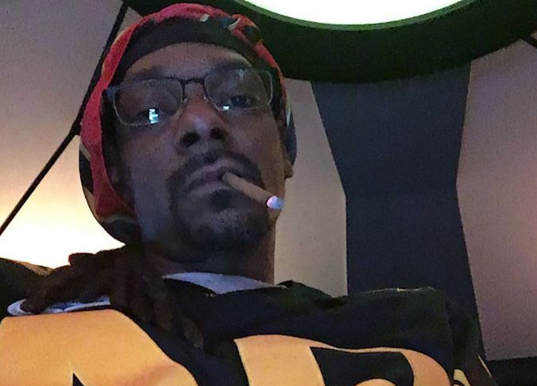 Los Angeles, CA – As a 25-year veteran in the Hip Hop game (wow, time flies doesn’t it?), Snoop Dogg knows about all sorts of extreme highs and lows when it comes to his music. Despite being one of the few legacy rappers who is able to collect revenue from other areas of the entertainment world, he still consistently puts out albums that sonically remain true to self.

Case in point, his Summer 2016 release, Coolaid. On his fourteenth studio album, Snoop, 45, spliced G-funk and trap hybrids from the likes of Just Blaze, Swizz Beatz, Cardo and Timbaland, among others, while still being pimped out as ever. The album garnered him high marks across the board and even earned prime placement amongst HipHopDX’s Most Slept On Albums of 2016.

“See man, that’s why I be hating,” Snoop relays to HipHopDX during a roundtable discussion for an upcoming campaign with Tanqueray Gin — gracious for the salute, but still expressing frustration with being overlooked. “I hate when I do good work [like Coolaid] and it goes … and then when I do work that’s so-so, they like to promote it and push it and I don’t be feeling good about that. But at the same time, I do feel appreciated that y’all recognize game.”

When asked about the generational divide that’s currently a hot button topic, Snoop attributed it to be an issue, but only in terms of seeing the big picture of the culture.

“I think it was so much repetition in records when my record came out, that everything sounded the same and this was a record that didn’t sound that same so it was not in the same vein,” he says. “So lot of DJs wouldn’t take that chance and say, ‘Well, I’ma play this Snoop Dogg record because I know it’s dope and it’s fly.’ [They would say,] ‘I can’t play it because it don’t go with everything in the club that’s doing this [*dabs and cooks*] and the same rap styles.’ It’s not doing that. Snoop’s shit is here and there, but a real DJ would know how to move and groove. Not saying these youngstas aren’t real DJs, but I’m watching. And when you come from the origins of Hip Hop, you respect the foundation and the foundation is dope. It feels good.”

Coolaid debuted at an uncharacteristically low No. 40 on the Billboard 200, but according to Snoop, it was just a minor setback, for he’s putting together a bigger package together.

“I have a movie coming out for Coolaid,” he says. “I thought that record was dope, it was fly. I thought it was mishandled by the record label [eOne]. So what I did was put a movie together to help you better understand where I was coming from. That should be out in March to support the record.”