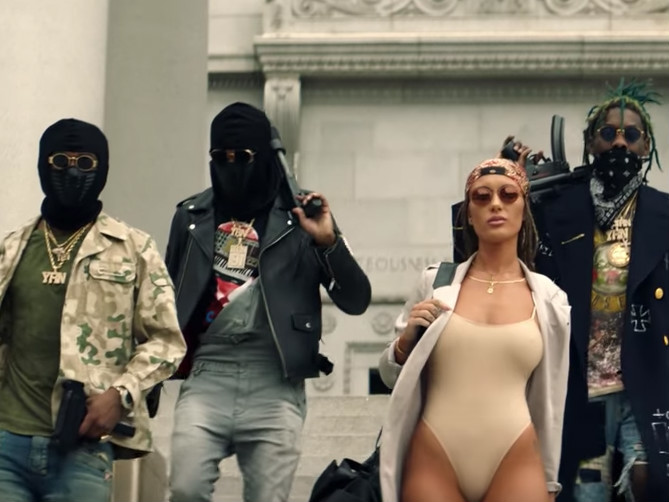 Migos has been sued $1 million for reportedly walking off a music video set with designer clothes, according to TMZ.

The Atlanta trio apparently thought they were bad and boujee enough to walk away with $20,000 worth of clothing and accessories after filming Niykee Heaton’s “Bad Intentions” video last year.

Stylist Marcus Clark filed the lawsuit after multiple attempts at getting the clothes back. The loot: three shirts by Enfants Riches Déprimés valued at $18,138, a pair of Versace shades and a pair of Les Copains glasses that are both valued at $700, according to court docs.

The latest word from Migos, according to Clark, is a text from their manager that said “That’s over wit.”

The group was also in headlines this week for allegedly getting into a scuffle with Sean Kingston. The singer claimed he was not injured and reports say he will not take the case to the police.