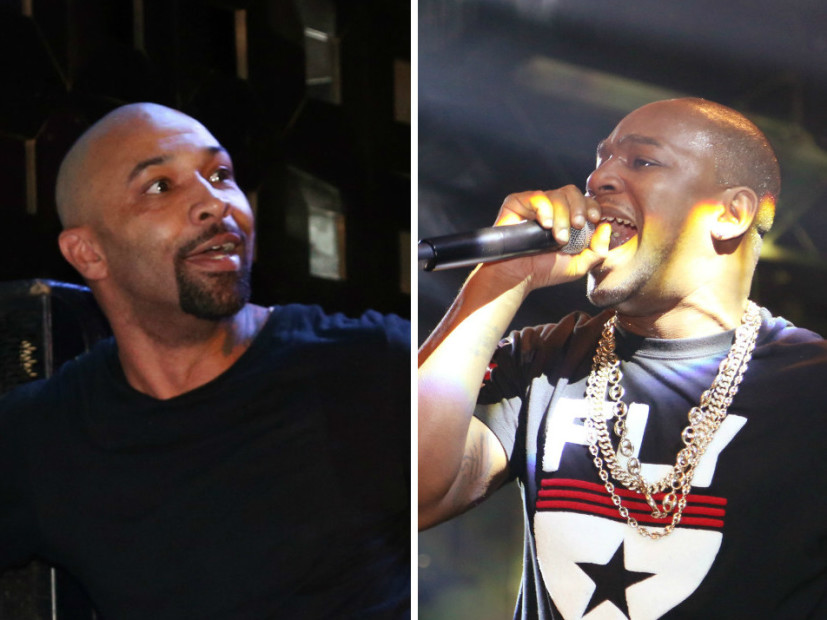 Before things got too heated, Joe Budden and Cam’ron were able to squash some impending beef in the period of a few hours. Apparently Cam’ron “jumped da gun” (as he put it) and overreacted to a post he saw surface on social media early Thursday (February 16), where the headline read, “Joe Budden: I Would’ve F***ed Up Cam’ron for Copyrighting ByrdGang.”

In a lengthy Instagram Live broadcast last weekend where Cam detailed his up and down relationship with fellow Dipset member Jim Jones, Cam revealed that he’d trademarked the ByrdGang name after Jones told him he had no plans to split off and do his own thing with it. That inspired some commentary from Budden in a recent I’ll Name This Podcast Later episode.

“Dog, when he said, ‘You told me you wasn’t doin’ nothing with ByrdGang, so I copyrighted it,’ I would’ve f***ed him up – immediately!” Budden said. Naturally, Cam’ron got riled up and quickly fired back, but soon realized it was a misunderstanding.

Cam’ron wrote on an Instagram post showing his DMs, “Somebody wake Joey up.. Cause he ain’t gonna open my Dm. Despite what people think.. I got genuine love for capo. We know each other’s families.. It would never go there. (Not on my end) but u.. U can’t afford these problems.. U think ransom was at ya door..”

After deleting the above post, he replaced it with a video expressing his regret, and sending love to Budden “and the misses,” while including a clip from last Christmas of Budden’s lady friend Cyn Santana dancing to Cam’s 2006 track with Lil Wayne, “Suck It Or Not.” He captioned it with: “My apologies to joe just spoke to him..I jumped da gun…my bad…Brah Much love to u and the misses.”

My apologies to joe just spoke to him..I jumped da gun.. My bad.. Brah Much love to u and the misses