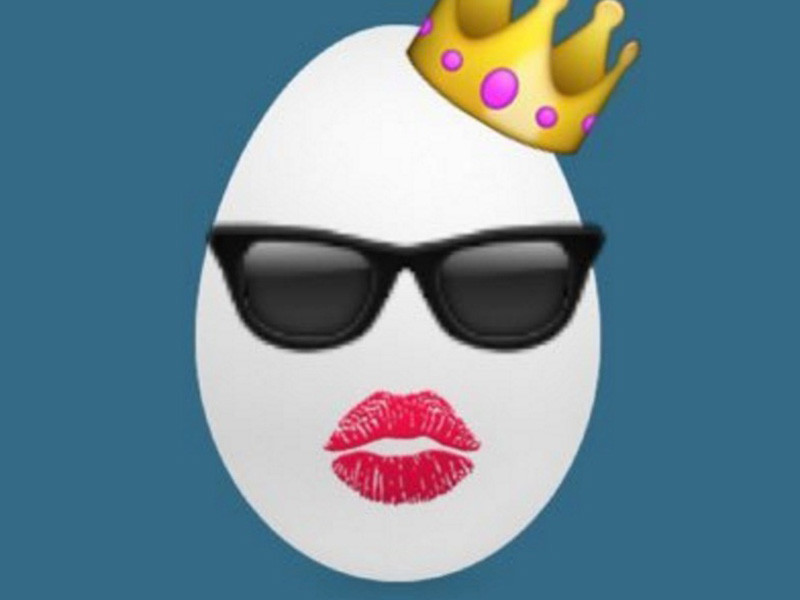 Half a million Tweets about @Beyonce's surprise #twins announcement. It's been 45 minutes. (Spiked at 17k Tweets per min.) ??

And while Beyoncé’s new brood might be the biggest entertainment news of the day, it might not be the most important.

That’s because there might be a real-life psychic out there in the Twitterverse, people.

The Beyoncé announcement brought some attention to an anonymous account with the handle @beyoncefan666 that has been quietly tweeting from the fringes since June 2016.

The most recent tweet is from last Saturday, and declares four days ago what we all know to be true now (minus any mention of twins).

Beyoncé is pregnant. She told me.

Sure, it’s possible plenty of people knew the news before her flowery announcement hit the internet, and news like that definitely spreads quickly among insiders.

Okay so Beyoncé is gonna announce a pregnancy in February(2017)

Beyoncé hasn’t announced a due date for her twins yet, so uh, is it possible that this tweet predicted today’s news before the twins were even a twinkle in Jay Z’s eye?

And that’s not the only prediction that has come true. In fact, the upgraded egg avatar’s timeline is nothing but correct predictions.

Keep in mind that’s more than a month before he locked in the GOP nomination on July 19, and the same day a Bloomberg poll had Hillary Clinton up 12 points over her presumptive opponent.

The account stayed consistent with several more predictions in the leadup to the November 8 election.

hello from the future?? just to let you know america is currently crashing and burning under trumps leadership

Is yall ready for trump to become president :(((

But who’s behind the account? The avatar is just an emoji-decorated Twitter egg, and its location is listed only as “bitch i know you know,” though there are still a few clues we can go from.

Though it may be a joke, @beyoncefan666 refers to him/herself as “a parkwood intern and low key psychic” in one tweet from July.

being a parkwood intern and low key psychic is lit

Parkwood is Beyoncé’s entertainment company, which would explain the user’s insight into what’s happening behind the scenes at the Beyhive, as well as other celebrity-based scoops.

The user’s interest in X Factor UK and saying that “we” leave the EU would seemingly indicate that he or she is British.

Haha referendum coming up. Just a heads up: we leave the EU lol

Oh, by the way, all three of those predictions were spot on, too.

Matt Terry, from the “Boys” category, won the 13th season of X Factor UK on December 11, 2016. Just like @beyoncefan66 said, more than a month before the show even started airing.

And the Brexit forecast, made the day before the vote, was only off by 0.1%.

In the referendum 52% vote leave

And of course, Migos fans know that Lady Gaga is standing in the trio’s way of a Super Bowl halftime show. (Although there were already rumors that Gaga would get the gig at least a week before the tweeted prediction).

Now the biggest question raised by this account is: “WHAT KIND OF WITCHERY IS THIS?”

As far as we can tell, there are really only three possibilities for what’s going on here.

1. Somehow, some prankster figured out a way to backdate tweets. This seems incredibly difficult and incredibly unlikely.

2. Some prankster has been quietly posting a whole bunch of predictions on a Twitter account that no one cared about, and then went back and deleted anything that wasn’t accurate. This is possible, but would require both a lot of work and a lot of luck.

Also, now that the account has started going viral (it picked up more than 10,000 new followers on Wednesday afternoon once the Beyoncé tweets started circulating), it would have to abandon that method.

Here are some of the recent responses that Twitter gave to @beyoncefan666’s question: “who the fuck do you think i is?” which was posted last July.

who the fuck do you think i is? genuine question lol

@beyoncefan666 an alien from the future