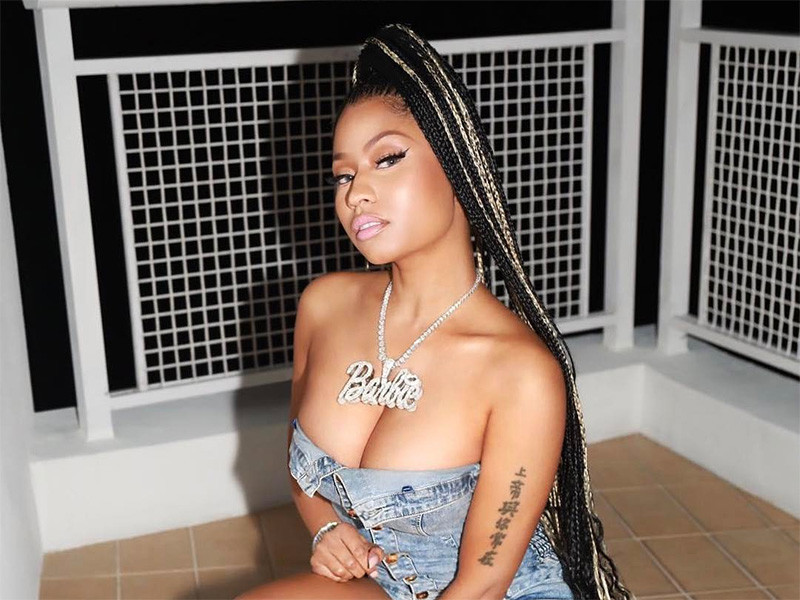 Former U.S. President John F. Kennedy famously wrote of America as a “nation of immigrants,” a concept that has become all the more poignant since President Donald Trump wrote an executive order slamming the door shut on refugees.

Many in the Hip Hop world are speaking out against Trump’s hardline immigration policies, including Nicki Minaj, who emigrated to America with her family after being born in Trinidad.

Referring to herself as a “proud immigrant,” Nicki tweeted that “the most harmful thing you could ever take away from another human being is hope.”

The most harmful thing you could ever take away from another human being is hope. #ProudImmigrant #Grateful #TaxPayerButIcantVote #America

Nicki’s stance on Trump’s moves has been reflected elsewhere in the Hip Hop industry. Aminé and Madeintyo have both condemned Uber for their CEO’s involvement in Trump’s Strategic and Policy Forum.

Public Enemy’s Professor Griff, who is himself a Muslim, joined protesters at LAX Airport to speak out against the ban, and told reporters that Donald Trump needs to meet with “real black people” rather than “Kanye West and Steve Harvey.”

Griff also encouraged artists not just to protest against Trump on social media, but to make music against the executive order.

Russell Simmons, co-founder of Def Jam, was once friends with Donald Trump — but has roundly criticized the new president on Twitter, rebuking the ban, the plans for a border wall with Mexico, and Trump’s pick for Attorney General, Senator Jeff Sessions.

Akon, who is a Muslim Senegalese citizen, thinks that Trump’s main problem is “giving the people too much information.”

“I respect him. I honestly believe that he’s probably the most courageous president to ever hit the office. But at the same time I also believe that if you’re gonna be a strong leader, you also have to be compassionate and you have to think about the people’s wellbeing in the process as you’re doing things. It’s one thing to be tough but everybody knows a bully one day will be taken down and it’s just a matter of time. We don’t want our president to be looked at as a bully, or someone who’s gonna say ‘My way or no way.’ We want him to be able to negotiate on behalf of the people but at the same time keep our integrity in a great place. ”

Akon also expressed worry that the ban would make Americans targets when travelling abroad, saying: “I don’t wanna have to deal with foreign affairs because of a decision my leader made for me. All the biggest American icons become targets once they leave America. And that even goes to Canadian artists.”