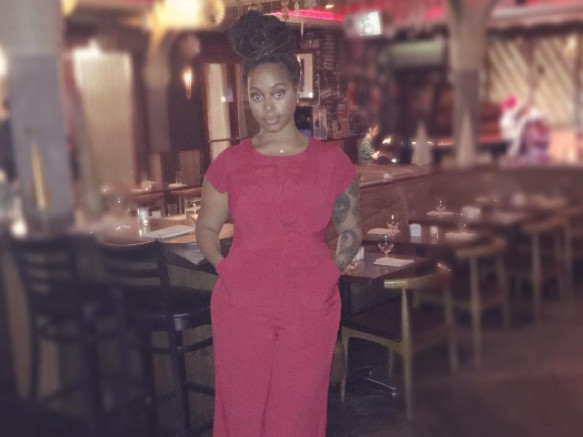 Washington, D.C. – As the January 20 presidential inauguration, a handful of artists who originally agreed to perform at President-elect Donald Trump’s big day have already jumped ship, including singer Jennifer Holliday (Flo Rida was never scheduled to begin with.) But former Motown singer and Rick Ross collaborator Chrisette Michele has reportedly signed up for the job to the dismay of countless of her alleged fans. Questlove is one of many who aren’t having it. In fact, The Roots’ funky drummer said he would actually pay Michele not to perform via Twitter.

I'd pay Chrisette to NOT perform ?

According to New York Daily News, Michele’s publicity camp has reportedly kept this a secret for the past week for fear of backlash, but as soon the news hit social media, naturally it was a modern day witch hunt for the Grammy Award-winner’s head.

When black folks find out Chrisette Michele is sangin' for Trump! pic.twitter.com/kzNQGSCHFN

Just found out that @ChrisetteM will be performing at @realDonaldTrump 's #inauguration pic.twitter.com/KvRHdSBb3X

Is #ChrisetteMichele really performing at the #Inauguration ………….welp there go her five fans. #FOH #Stand4Something #rt

YYOOOOOOOOOO is this true?! These coons man. They just coming outta the woodworks huh? Never cared for her anyways. She's a weirdo. Lol She can say bye to the string of career she had.. Buh Bbyyeeeeeee ? ? ? #chrisettemichele

?? Chrisette Michele singing for #Trump at #Inauguration. #ChrisetteMichele is about to lose 95% of her fanbase? Donald has added one more clown to this circus called an Inauguration. Also remember Chrisette Michele was the same one who told folks to stop protesting/boycotting & be "civilized", so performing at inauguration is on brand.??☕️ #BlackGirlsRock #BlackMen #BlackMagic #Fear #Blackhistory #magic #Queen #black #BlackIsBeautiful #Facts #Blacklivesmatter #WakeUp #America #BLM #TrumpInauguration.  #BlackPanther #WakeUp #StayWoke #America #FakeNews #RealNews #BlackGirlMagic

#chrisettemichele singing at the inauguration *sigh*