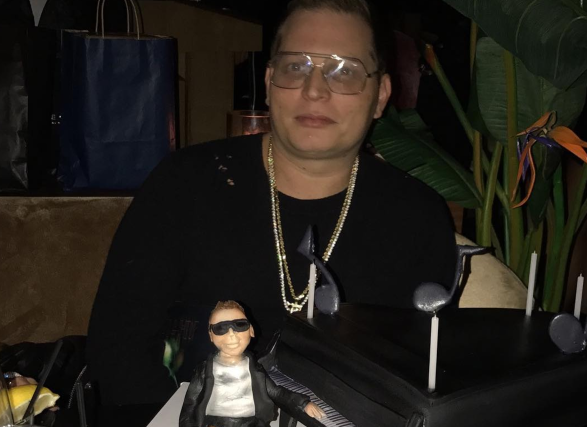 Las Vegas, NV – Hip Hop maestro Scott Storch has been open about the costly mistakes he’s made in the past but here’s one for the record books that previously wasn’t known to the general public.

The 43-year-old go-to producer for countless stars is actually a married man and has been for the past five years. According to TMZ, Storch and a woman named Christina Gray jumped the broom back in 2011 after a wild Vegas night of admitted partying and inebriation and haven’t been in contact since that summer. In the document, Storch writes to the courts, “I hereby declare that on the day of the marriage in Clark County in June of 2011 … We were both highly intoxicated and not of sound mind . When we entered the marriage. We have not been together since that and I’m asking the court to grant this annulment.”

That Elvis must have been seriously hard up for some cash to let this go down on his watch. Nonetheless, there isn’t any clarification as to why Storch and Gray waited for so long to resolve the legal side of things.

It’s been estimated that Storch squandered over $70 million of his production earnings from hits from the likes of Dr. Dre, Beyoncé, 50 Cent, Christina Aguilera, T.I., Paris Hilton, Snoop Dogg — you name it. Following the year of his 2011 shotgun wedding, he was also arrested for cocaine possession in Vegas.

He has since returned to sobriety as well as producing. His recent credits include placement with the likes of The Game, Chris Brown and Rick Ross. In a February 2016 interview with HipHopDX, he alluded to some of the greater things that are yet to come.

“I’m doing an album right now and it’s going to be some of [the unreleased music] and some of the new stuff,” Storch revealed to Steve Lobel. “It’s going to be interesting. I’m not sure [if it’s going to be major or independent]. I’m just creating a body of work right now. Publishing is the money in the industry. Unfortunately, a lot of people are duped out of it early on for a quick buck and they think that they’re going to recoup this publishing deal real fast. They don’t realize it’s a long process. I meet guys that are like, ‘Yo, I gotta do 60 beats to get out of my publishing deal.’ I’ve seen it all. Fortunately, I got a good publishing deal early on. I was lucky.”