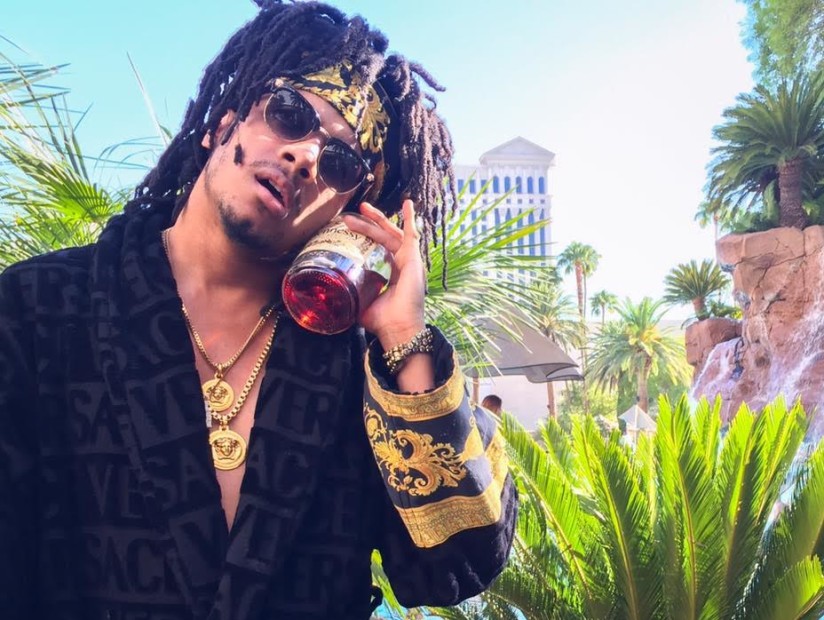 Those who have spent a suitable amount of time thumbing through social media have run across the North Carolina star’s viral videos at least once. Normally, it involves the dread-headed individual donning a Versace bathrobe and using his cognac of choice in obscure ways.

“It stands for the freedom aspect of the culture and where fashion has gotten to,” he said of why he does what he does. “It’s about being yourself. A lot of people aren’t comfortable with being themselves.”

Putting things into perspective, the breakout “Hennessy Chicken” video earned nine million views on Facebook alone after debuting in May. From making macaroni and cheese to defrosting car windows, various videos of Harvey J using Hennessy have gone on to get the same reception.

In the meantime, he was using his outrageous videos to draw attention to his music which ranges from trap inspiration to parody. Just last year, he dropped several projects including Pancakes & Hennessy, Litarded and Hensational. According to Harvey J, he is “putting out a lot of albums and music” for 2017.

Check out some of his greatest viral moments below.