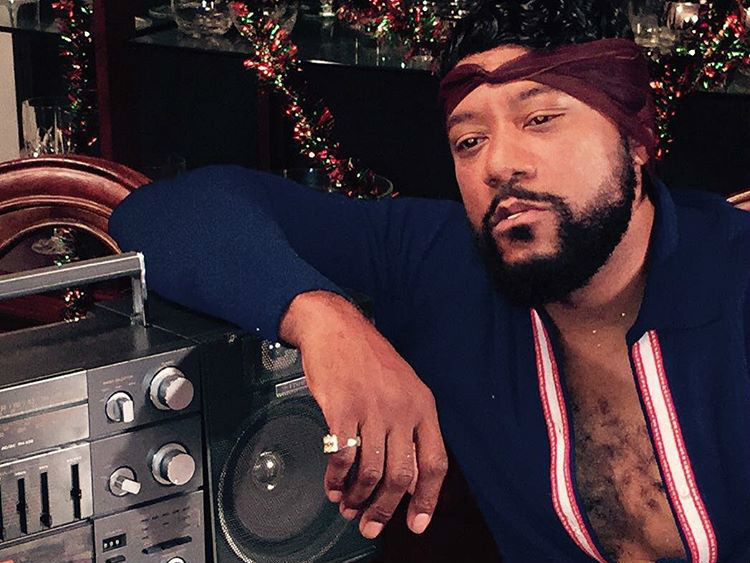 The Hip Hop community is sadly reminded that 2016 isn’t officially over losing beloved entertainers. Comedian, actor, and producer Ricky Harris died of a sudden heart attack on Tuesday (December 26), according to Okayplayer and confirmed by his family on social media. He was 54.

The funnyman originated his character on Ice Cube’s “Turn Off The Radio” from his 1990 solo debut album Amerikkka’s Most Wanted.

Harris’ other notable appearances on the silver screen were in Poetic Justice, Heat, Dope, and This Christmas. Harris also had TV roles on NYPD Blue, CSI: Miami, Everybody Hates Chris and The People Vs. O.J. Simpson: American Crime Story.

The comedian began his career at the Comedy Act Theatre in the Crenshaw section of Los Angeles in the late 1980s, where he used to deejay. Comedy legend Robin Harris was the MC of the club, and also gave Ricky his start performing on stage in the same schedule as other 1980s chitlin circuit comics including Robert Townsend, Steve Harvey, Eddie Murphy, Cedric The Entertainer and Sinbad. Ricky is most known for performing on 1990s comedy staples Def Comedy Jam and BET’s Comic View.

HipHopDX sends our condolences to the Harris family and friends for the loss of the talented comic.

C u when I get there like we used to do in church on the east side tell Nate to hold my note ??

Gonna miss my family and. Friend. We made this up on the fly we talked about this day rest well ??

RickyHARRIS got 1st light from @icecube @SIRJINX & US doin voices on AmerikkasMostWanted. We were all in resPEct to his ability. Tough year

Ricky Harris you're one of a kind, you're my bigg cuzzin, I love you #RIP

REST N PEACE TO MY BROTHER MY FRIEND MY HOMEY RICKYHARRIS MUCH ??

R.I.P Mr. Ricky Harris { aka The Dogg Pound's infamous DJ E-Z Dick 187.4 FM on your dial }: Long Beach comedic genius and legend. Acted in the movies "Heat", "Hard Rain", etc. One of the real ones from the city. God bless your soul; we gon' miss you, Slick. Give mines to Nate Dogg, Pac and Big Syke. E/S

I can't believe my friend passed away today,,, I made history with this dude on Def comedy jam, toured the country together #rickyharris pic.twitter.com/ijslWVGkcn

Man. Taadow himself man. Dog our FIRST LA show in 94. Ricky Harris showed us so much love man.… https://t.co/yfMWfxUb52

Comedians… We give a piece of ourselves everytime we step on a stage. You are appreciated. Rest in Heaven Ricky Harris. #RIP #RickyHarris

Devastated!!! #RIP to the One and Only #RickyHarris Always been a super solid dude https://t.co/XPUQqx5sia