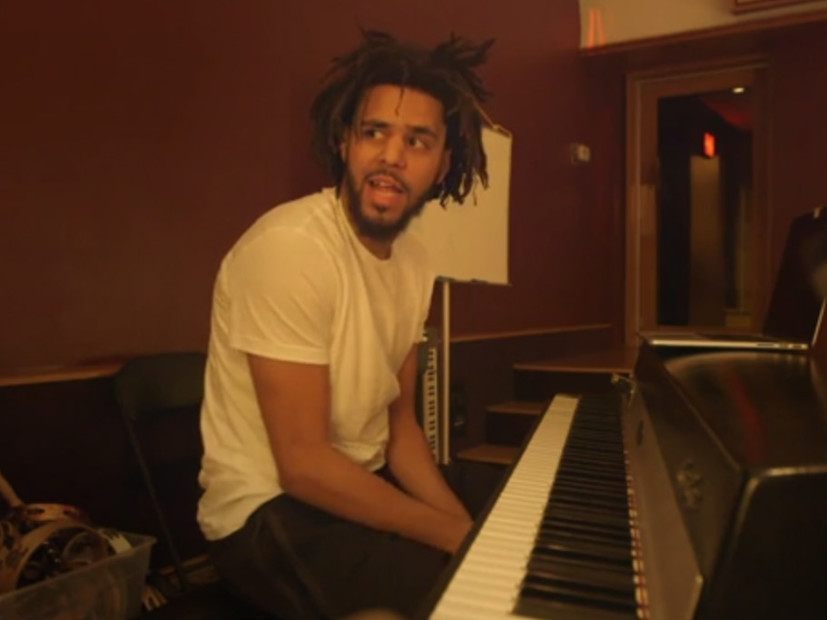 Every single song on J. Cole’s album 4 Your Eyez Only is currently charting in the Top 40 on Billboard’s Hot 100 chart. The cuts “False Prophets” and “Everybody Dies” off his Eyez documentary also cracked the Hot 100 at #54 and #57 respectively.

“Deja Vu” is the only track from the project that placed in the Top 10 and is the Dreamville captain’s first song to ever do so. The song is also the source of a bit of controversy as the producer’s of the track, Boi-1da and Vinylz, claim the beat was stolen by The Mekanics who allegedly “reversed engineered” the song into the mega-successful Bryson Tiller hit “Exchange.”

Nevertheless, upon the first week of its release, Cole’s fourth studio album sold 492,217 equivalent album units and was streamed 176,949,538 times. It sits in the company of Drake’s VIEWS and Beyonce’s LEMONADE for the third-highest opening week sales upon in 2016.

All the 4 Your Eyez Only songs and their Billboard chart placements are below.

#23 For Whom The Bell Tolls