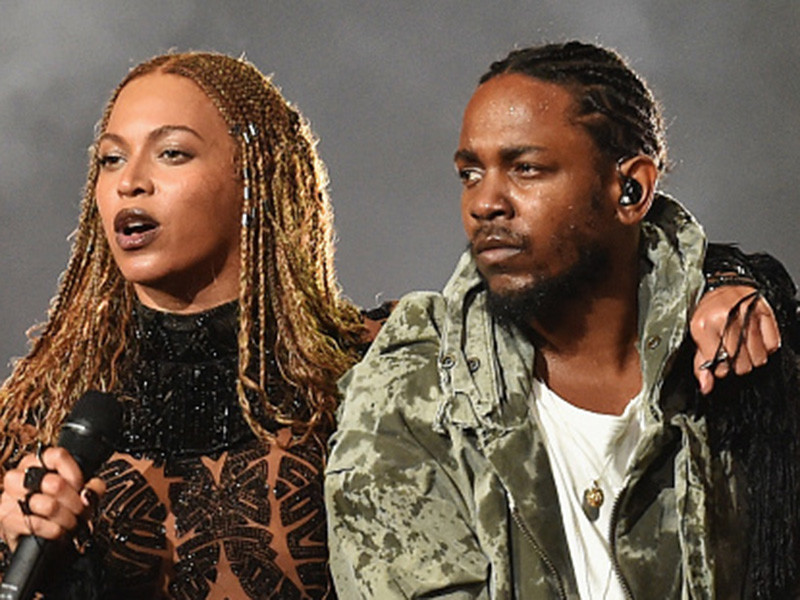 Indio, California – Well, it looks like the rumors were true.

The main acts for Coachella 2017 will be Beyoncé, Kendrick Lamar and Radiohead.

Check out the full flyer below.

[This article has been updated. The following was first published on November 30, 2016.]

Next April, scores of indie rock, Hip Hop, R&B, and electronic music fans will once again descend on Indio, California for the annual Coachella Valley Music and Arts Festival. In 2017, the headlining acts reportedly include Beyoncé and Kendrick Lamar, according to an inside source who spoke to Consequence Of Sound. The source says Radiohead will also top the bill. The festival is currently in its 18th year and goes down over two weekends, April 14-16 and April 21-23, at the Empire Polo Club.

Although Beyoncé has made impromptu appearances at Coachella in 2010 and 2014, this would be her first time performing a set of her own. In 2014, she danced on stage with her sister Solange.

Similarly, the Compton rapper and recent GQ Style cover model would also be headlining the festival for the first time, though he already made his inaugural performance in 2012, performing a set of his own and showing up as a special guest for Dr. Dre and Snoop Dogg’s headlining set. He also graced the stage during Ice Cube’s set during the second weekend of Coachella earlier this year, and joined Anderson .Paak for a song as well.

The full line up for 2017 Coachella is expected to be announced early next year. Keep an eye out here.