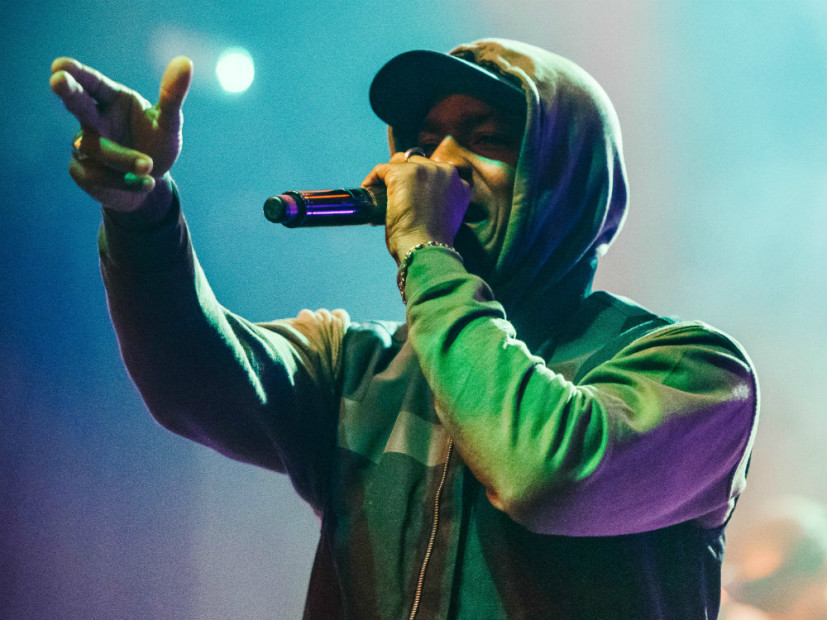 Skepta Shares How He Learned To Embrace His Patois

Fame certainly didn’t fall at Skepta‘s feet overnight. The Grime MC from London has been grinding since the early 2000s in order to achieve the level of fame and acclaim he currently enjoys.

Now 34, Skepta has won himself millions of fans and the 2016 Mercury Prize and has worked with Pharrell and Drake, whose frequent cosigns have helped skyrocket the Englishman to fame.

But even with his increased profile, Skepta has still faced challenges while trying to grab global shine. Speaking to the Evening Standard, Skepta explained how his London patois first hurt his rep before people finally caught on to it.

“I used to think my accent was blocking me and I hated it,” he shares. “Then I went to America and every time someone said, ‘What? Can you say that again?’ I started liking it. I got addicted to it. Then I’d start seeing Americans and they’d go, ‘Yo Skepta, wagwan bredrin!’

“They started talking like me, because I’m not going to America or anywhere trying to be anyone else,” he continues. “I’m stuck in my settings. I’m speaking how I speak. If after a while they realize you won’t compromise, they just go to your world. And being from London right now is the sickest thing.”

The Caribbean influences in Skepta’s music can certainly be heard seeping into his friend Drake’s more recent music, including VIEWS, and will likely have a broader impact on Hip Hop over the next few years.

Skepta also shared his take on the Black Lives Matter movement, saying: “I’ve been to a few protests before and the thing I protested about still happened after. The intention of protest is to make noise and stand up for something but I don’t know if I’d actually go to a protest again.”

He ssys that people involved in the movement should not resort to violence, but try to find real solutions to solve injustices in the world.

“I don’t want to kill no one, I don’t want to hurt anyone, I don’t want to bomb anywhere and I don’t think my friends want to do that either,” Skepta says. “I think that’s the better solution. If it comes from within, then there’s nothing to protest about. This is not me in no way, shape or form saying I support any of these things that are happening. I hate them, they shouldn’t be happening.”