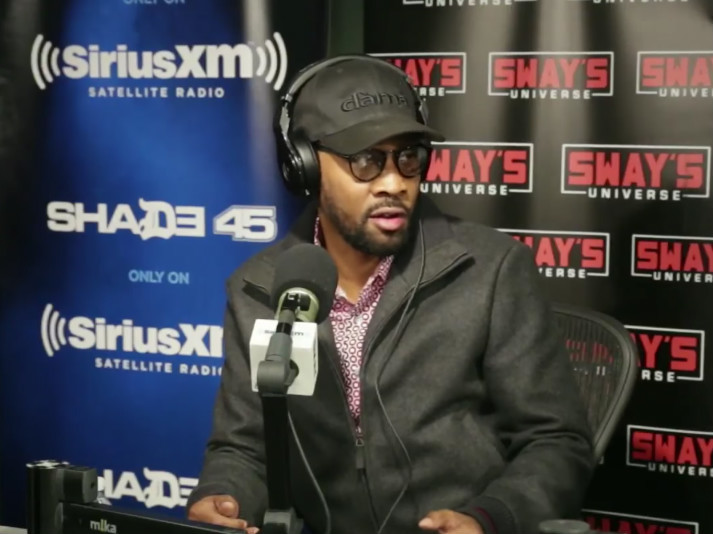 New York, NY – RZA was with Hillary Clinton throughout the election campaign, and now that she’s been defeated by Donald Trump, the Wu-Tang rapper has a lot of concerns.

Speaking to Sway In The Morning, RZA laid into the behavior of many within the criminal justice system, saying “You see what they’re doing as far as arresting us, beating us on the head, killing innocent citizens, unarmed citizens.”

The New York vet, speaking before the election results were in, placed the blame on the entire system, and argued it needs a major overhaul, saying “It needs more correction than any part of our system.”

RZA also told a story about how he gets handcuffed every time he re-enters the U.S. because he sold marijuana when he was a teenager back in 1988. He points out the hypocrisy in the system, especially with states now legalizing weed.

“Even though it’s a criminal industry, it’s an industry that we built,” RZA says. “Now, these young men and corporations are about to make millions and millions of dollars on it and nobody’s going to jail. Yet, we got kids that are sitting in jail from the same entrepreneurship. You know who I sold to? Wall Street. … I would hustle right there. All the stockbrokers would come down for lunch, buy the weed, go back upstairs and make them deals.”

On Trump’s qualifications, RZA was very critical, saying: “I’m not gonna hire a painter to make my dinner, I’m gonna hire a chef… And Hillary Clinton is that chef.”