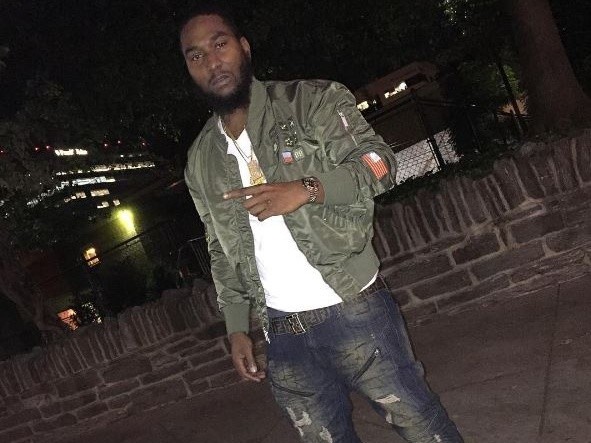 The fallout from Beanie Sigel’s intense interview with The Breakfast Club yesterday (October 11) has begun.

In an Instagram post uploaded by Philly wordsmith Omelly hours after the conversation, the Dreamchasers rapper fired back at Beans over claims that he wrote raps for himself and Meek Mill on “OOOUUU (Remix).”

The paragraph-long caption was littered with slander aimed at Sigel, with Omelly referring to the rapper as a “sucka,” and requesting that he “stop frauding.”

“AYEEEEEE @beaniesigelsp THE GAME AINT ONLY CALL YOU YOU JUST THE ONLY 1 that was bitching acting like we strangers,” he writes, “if it’s fuck us it’s fuck you nigga stop frauding acting like you wrote niggas raps you on some nutt shit & I’ll tell you this to ya face I don’t even care about that philly talk nigga you lost respect as a man in my books YOU LET BITCH ASS @losangelesconfidential TREAT YOU LIKE THE SUCKA YOU’RE IM NOT WIT THIS SHIT EITHER.”

Omelly also blasted Sigel for making the city of Philadelphia look bad in his ongoing feud with Meek Mill.

“YOU MAKE OUR CITY LOOK BAD IN EVERY WAY YOU DONT ADD TO THE CITY IN NO TYPE OF WAY YOU A BIG TIME HATER YOU HAD THE BALL U DROPPED IT NOW YOU WANNA HATE ON THURL YOUNG NIGGAS YOU LIKE 52yrs Old Outta pocket & YOU GOT PICKS #OMELLY AKA #OSAMATWINLIMMAS #THECHASERS #OWNBREED #RIPLILSNUPE,” he wrote.

Besides his claims that he helped write Meek’s rhymes on “OOOUUU (Remix),” Sigel also declared that his beef with the rapper isn’t as serious as it appears even if he got beat up by Meek’s Dreamchasers and unleashed three diss tracks against the MMG signee.

“Not coming at him in that way. It’s just chastising,” Sigel said while appearing on The Breakfast Club. “Chastising in a manner that we do, music. Because if I felt the disdain in my heart towards youngin’ like I did, it wouldn’t be no music, man. Understand that. It wouldn’t be no music.”