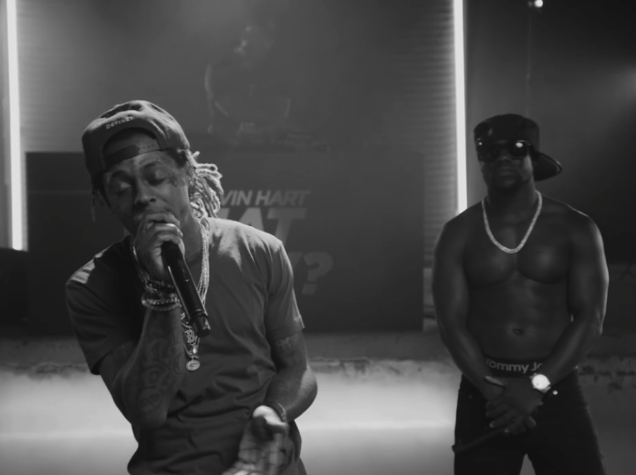 This week’s top 10 singles and videos is dominated by the 2016 BET Hip Hop Awards. Chocolate Droppa, better known as the comedian Kevin Hart, battles it out with Lil Wayne in a Cypher. State Property represents for the City of Brotherly Love in another Cypher. Empire stars Yazz The Greatest and Bre-Z showcase their lyrical talent during The New Edition Cypher.

Kevin Hart decided to engage in some lyrical warfare with Lil Wayne for the 2016 BET Cypher.

The superstar comedian whose new film What Now? arrives in theatres on October 14, spit a few clever bars during this very entertaining rhyme battle.

State Property Puts On For Philly

No swipes at Meek, but he did go after some of those new wave rappers with tight jeans though.

Yazz The Greatest & Bre-Z In The New Edition Cypher

During their special New Edition cypher, both Empire cast members join Bivens and Ronnie DeVoe for a freestyle session promoting the upcoming movie.

Top 10 Hip Hop singles and videos of the week ending on October 7.