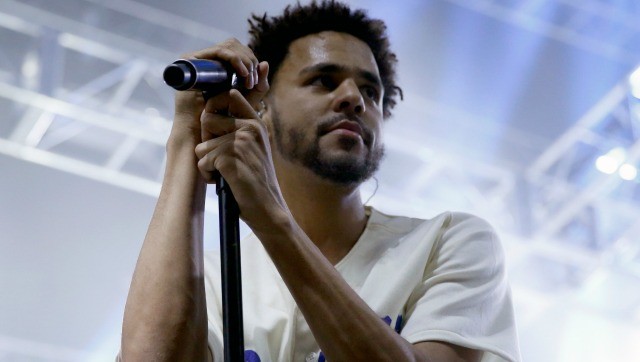 J. Cole Gets Hacked & Twitter Has A Field Day With #JColePassword

Twitterville – J. Cole’s online reclusiveness has made the hearts of many of his fans grow fonder for his presence. In fact, the same thing can be said for his reclusiveness in general. The platinum-selling Roc Nation star recently told a second home team Queens crowd that he wouldn’t be performing “for a very long time” and his last studio album is set to turn two-years-old at the end of the year.

Cole World also hasn’t officially tweeted since March of this year — when his Dreamville flagship artist Bas released his sophomore effort Too High To Riot but late last night (October 3) his Twitter account was extremely active with a combination of unsavory and ridiculous tweets.

The tweets caught everyone’s eye when the account referenced Kim Kardashian’s recent turmoil in Paris where she was robbed at gunpoint for millions of dollars worth of jewelry.

And like every opportunist is these celebrity Twitter hacking situations, the culprit couldn’t help themselves and plugged a future SoundCloud flop in “Smokin on Dat Phizzurp Pack” while mentioning recently deceased pro gamer Phillip “Phizzurp” Klemenov and a 13-year-old kid rapper named Matty B. Raps from Atlanta.

After the account was regained with minimal damage done, the Internet couldn’t contain themselves all the same with jokes while trying to figure out how Cole’s password got cracked so easy.

The face @JColeNC made when he found out that he was hacked #JColePassword #JColeWantsToBeSaved pic.twitter.com/LlPgoX2J3j

J. Cole did not go double platinum with no features for y'all to hack his Twitter and play him like this pic.twitter.com/4UYK7uTCRE

J Cole got hacked cuz his password was 'DoublePlatinumWithNoFeatures'

J. Cole gon open his Twitter 5 months from now and I realize he was hacked like pic.twitter.com/NrZCU0eKrM

It happens to the best of them.