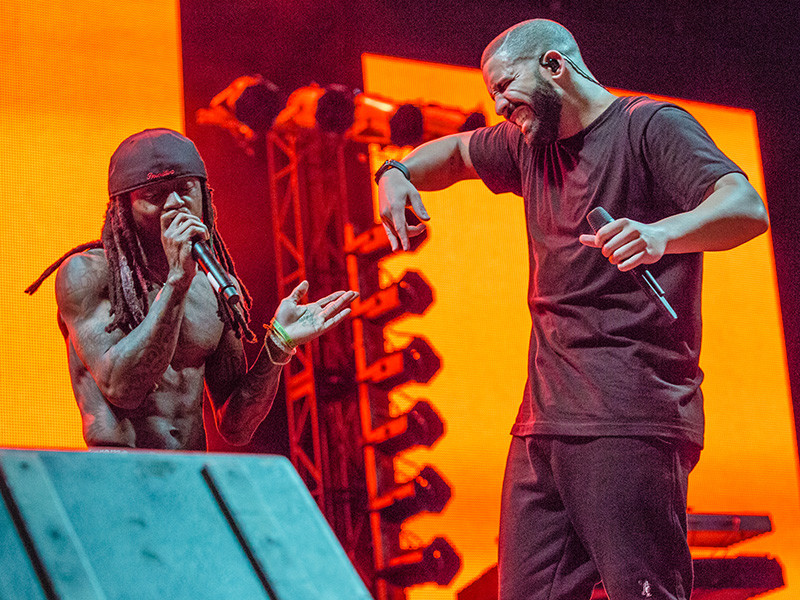 New York, NY – Lil Wayne documented his eight-month stint at Rikers Island in 2010 in writing. Those writings have since been compiled into a book, his forthcoming memoir Gone ’Til November: A Journal of Rikers Island.

Excerpts from the book, scheduled to drop October 11, have been floating around since earlier this year, including a piece revealing how he found out Drake smashed his girl. A few more snippets were unveiled by Vulture and one of them sees Wayne recalling the time he was called on to spit a verse for Drake’s remix of “Light Up,” a cut off Drizzy’s 2010 album Thank Me Later.

“Who knew that my spirit was about to be lifted through the roof!” Wayne penned into his journal. “Tez [Cortez Bryant] was like, ‘We want you to be on Drake‘s remix.’ I was like, ‘How?’ And he was like, ‘We’re going to do it over the phone.’ I’m like, ‘Shit … I don’t have anything else better to do up in this bitch, so let’s go!’ After I finished running it, I was kinda nervous on how it was going to be received. This was the first time that I haven’t been in the studio to hear the playback before a song goes out.”

This was the moment that Wayne realized that he could still churn out music from the jailhouse and told his manager Cortez to make sure he had the mic on standby.

“Nothing else that happened today mattered,” he wrote. “Nothing can touch how happy I am. My creativity is at an all-time high right now! I’m actually looking forward to tomorrow.”

While in Rikers, Weezy F. Baby was serving jail time for criminal gun possession. Supporters of Wayne, along with Karen Civil, helped to keep the rapper’s relevancy alive by creating “Weezy Thanx You,” a site that published the letters he wrote while incarcerated.