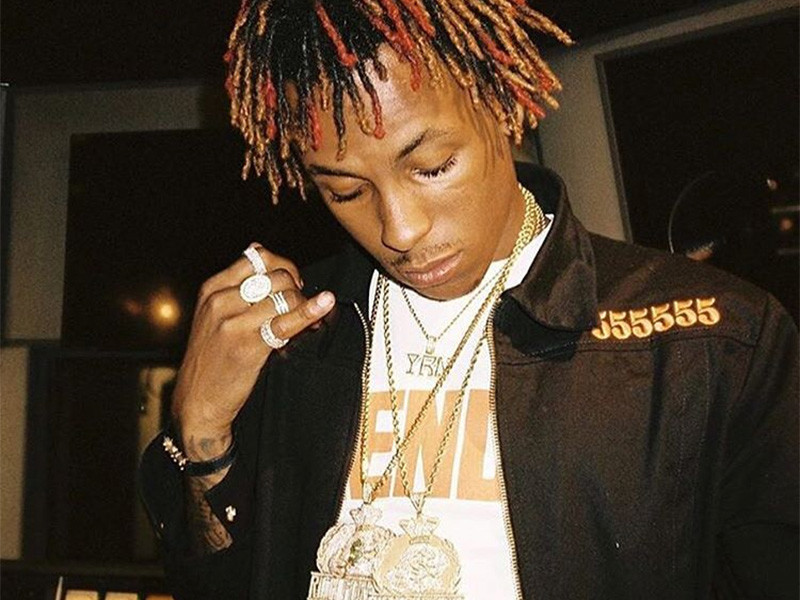 A social media back-and-forth between Rich The Kid and a woman said to be his wife has taken place following claims that the Queens, New York-born rapper was abusive.

The claims were made by a woman who says she’s the sister of Rich The Kid’s alleged wife, known online as Lady Luscious.

“My sister @realladyluscious is married to @richthekid a rapper who ppl look up to that degrades and disrespect her as if he doesn’t even know he’s married and has two kids ( one on the way ) . I’ve seen so much in my 24 years of living but I never want to be a victim of being physically/ verbally abused by a boy who doesn’t know the worth of Woman,” the woman wrote to her 1.1 million followers in the caption to a photo of a bruised Lady Luscious on Instagram.

Damn .. y'all favorite rapper #richthekid accused of abusing his wife ?.

Rich The Kid has fired back via social media, claiming in one post that he has no idea “what the fuck they talking about.”

“Just got back from Paris,” Rich The Kid said in a video captured by DJ Akademiks. “I don’t know what the fuck they talking about. Beat up females. Like what? No. I don’t do that. I never put my hand on a female in my life. That’s on my mama and my kid.”

Another video shows Rich The Kid appearing to again address the allegations.

#richthekid DENIES that he did any harm to the woman who says she's his "wife" and says in fact she stole money out of his account and also is mad that he won't pay her car note ??. U think she just bitter or u believe it?

In response to the rapper’s denial of the allegations, Lady Luscious uploaded a video of what is allegedly Rich The Kid on speakerphone. The man on the phone can be heard declaring “stop doing that” and “why you trying to do that?”

#richthekid "wife" is sticking to her story that claiming he did hit her .

In his most recent IG post, Rich wrote in the caption, “I swear the devil always working.. people always lying & these niggas always haten but God got me.”

I swear the devil always working.. people always lying & these niggas always haten but God got me?? #keepflexin #29daysleft