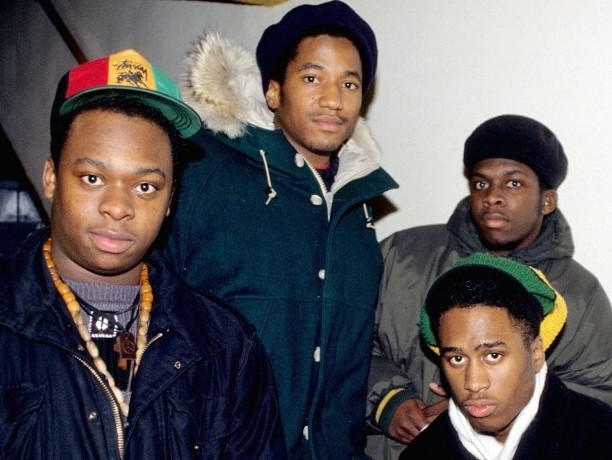 Screenshot from "Check the Rhime"

A Tribe Called Quest & Phife Dawg To Be Honored With Mural In Queens, New York

A Tribe Called Quest is slated to have a mural painted on the side of Nu-Clear Cleaners, the same one found in the video for their early 90s cut “Check The Rhime,” TMZ reports.

The cleaners sits on Linden Boulevard in Queens, New York, a street that is well on its way to being co-named A Tribe Called Quest Boulevard.

Councilman Daneek Miller reveals to TMZ that the mural is expected to be green-lit in the next few weeks. Last month, all the appropriate paperwork was submitted with no opposition.

The move comes after ATCQ member Jarobi White called on fans to petition for Sayers Avenue to be named after the late Phife Dawg in April. Fans reacted to his request and created a petition to co-name Linden Boulevard between 192 Street and 193 Street A Tribe Called Quest Boulevard.

A mock-up of the mural by Midnight Maurders’ cover designer Vince Ballentine as provided by TMZ is below.

A Tribe Called Quest – Check The Rhyme – 1991 – Jive from DJ Upperkuts on Vimeo.