Lil Bibby Enrolling Back In College To Study Computer Engineering 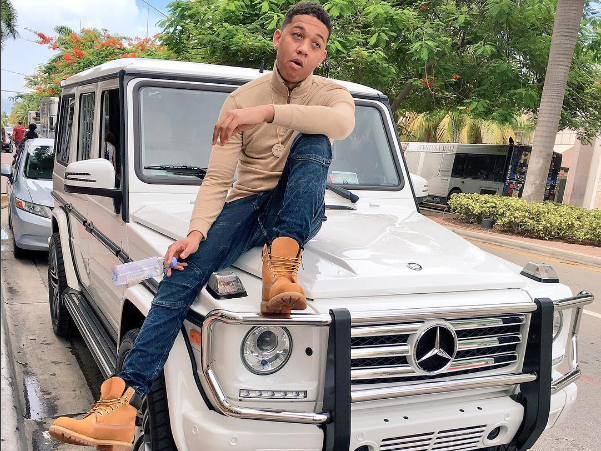 Chicago, IL – In a move that may surprise some of his fans and followers, Lil Bibby has announced that he is going back to school.

“I got two college visits today,” Bibby says in the video. “They tryna give me full scholarships. I gotta do a few shows and when I come back, I’m going to ISU [Illinois State University]. I’m gonna go check out the campus and meet with a couple of the staff. Just to let you know I’m not bullshitting. I’m going to school for computer engineering. I’ma do two years first. If I get pass them two, I’ma fuck around and go back for the other two.”

While some may question Bibby’s decision considering his ever-packed musical schedule, the Free Crack rapper assures that he’s got his plans in order.

“I got it all mapped out. I’m on my shit,” he says. Bibby is currently gearing up to release his debut studio album, FC3: The Epilogue, set for release on November 18. “They think I’m bullshitting. I’m going to college, man, fareal. You’ll have to call me Dr. Bib in the future. And I got another college trying to give me a full basketball scholarship, but I know I’m washed up.”

Lil Bibby isn’t the first notable rapper to head back to school. In October 2012, Drake graduated from High School in what he labeled “one of the greatest feelings in my entire life.”

More recently, Nick Cannon — jampacked schedule and all — enrolled as a freshman at the esteemed Howard University.