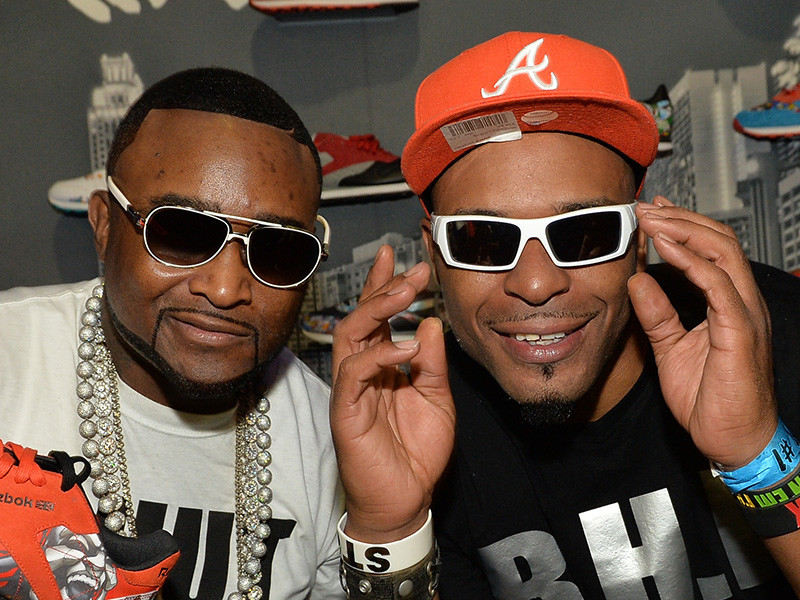 Last week’s fatal car accident involving Atlanta’s own Shawty Lo sent a shockwave through that city’s Hip Hop community and beyond. Just this week, Beyonce even paid tribute to the “Dey Know” rapper during a Formation Tour stop in the ATL. One individual especially hurt by the recent news was D4L member Fabo. Despite having a breakthrough together during the ringtone era with “Laffy Taffy,” their relationship goes back before the music.

Dear God, take care of my brother. #BankheadlegendShawty ? The realest ever created

Granting HipHopDX some short phone time, 2$ explained Shawty’s importance to Atlanta’s current movement and what he’s been up to after D4L.

I know I'm not perfect. But it's time to make this shit right. I know that's what Shawty always wanted. #D4L @nuradiomookb @smrstunt We all we we got.

We’re getting along right now. That’s all we can do. We’re just praying. We know Shawty is in a better place. That’s all we can do right now is just pray. I was at home when I heard the news and my mom called me. She told me to go on social media and I saw a local radio personality tweet about it. I gave Jeremy a call and he confirmed it. It broke my heart.

If you had pictures in the dictionary by the word real, his face would be in the top three or top five. If he had it, you had it. He would try to do anything to get you what you need. ‘No’ really wasn’t an answer with him. And then, he was the one trying to push you to do something different from what everyone else was doing. I think that was the most unique thing about him. He was always who he was. I like to say that because you have the rappers with the chains, jewelry on and flashy cars, but we grew up watching him with this stuff already. He was used to everything that was going on. It was a fairytale at the time. He led a great life and has a great legacy. I think Hip Hop is going to miss him.

Everybody knew Shawty Lo. We called him Carlos Walker. Everybody knew him. Around 2003, I had got in a bind. I met him through his sister who made the connection along with Mook-B. The hits didn’t come off the rip. The hits took a while. We had a couple of CDs we’d put out before “Laffy Taffy.” We were dealing with the other groups that were around at the time like The Franchise Boyz. The style got concentrated around that time and he urged us to keep going. He called from jail every day just to make sure we were on our game. When he got out, we made “Betcha Can’t Do It Like Me.” He went right back and we made “Laffy Taffy.” He heard it from jail and was like “man I don’t know about that.” Everything worked out well. He had faith in us and it worked out.

I was crushing zans and pouring up and didn't appreciate what you was trying to tell me. Can't believe I can't call you with my problems anymore. Damn I miss my dog!!!!!!!! #GIKGOD #iydghfu #d4l #2Fabo #focus #longlivelo

He meant everything, especially in the 2000s. This new wave we have comes from that time. Hip Hop in general, he’s one of the godfathers of the real street music that comes out today in regards to Trap. He also is the godfather of Snap because he put us out there. Without him, there would be no us. He meant a lot to the Hip Hop community.

I took a couple trips around the world. I’ve been to Iraq and performed for the soldiers. I met a great guy who put me in a situation to perform for the soldiers. I’ve been doing that for a while for about five or six years. You have a lot of artists who are scared to go. As far as me, I ended up in Japan and Germany and other places performing for the soldiers. That’s how it started. I’m staying on my game and everything that happened now just has things pushed back. I’m not even focused on that right now.

With D4L project coming out and us being solo artists, we were never really a group in the beginning. We tried to make it work as a group, but we were all breaking off into solo projects. When Shawty’s project dropped, I was literally in the streets at the time. I couldn’t get a take at what was going on at the time because I was out there. Shawty got me out of the streets with the newfound success he had. He let me know that everything wasn’t over and life goes on. You gotta get up and keep going. At the time, we just had different directions we wanted to go in. Hopefully, we can do it together now.