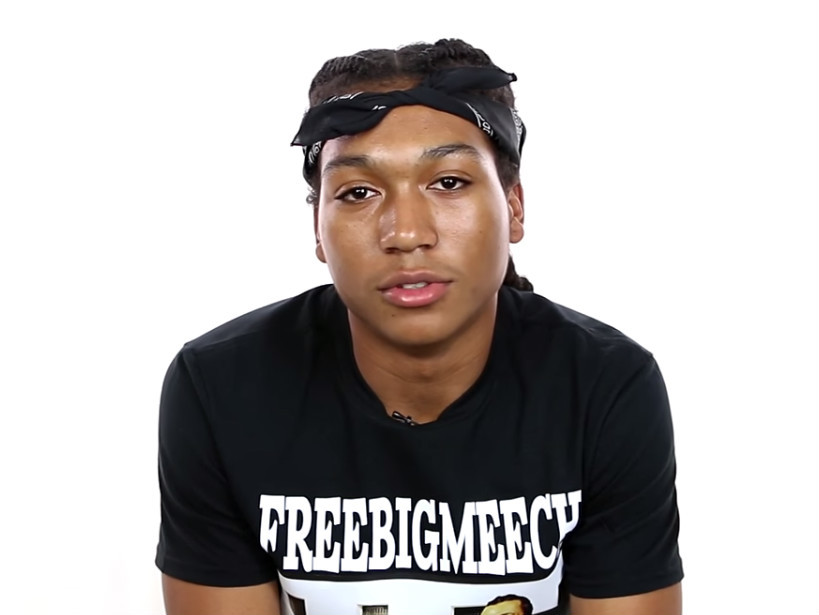 Big Meech gave his blessing to 50 Cent to produce a television series about his life and the B.M.F. empire that he ruled through the ’90s. The mogul’s son, Demetrius Flenory Jr. aka Lil Meech, is set to portray his father and sat down with DJ Smallz Eyes to explain why 50 Cent was entrusted with the B.M.F. story.

Lil Meech says that shooting hasn’t started yet, but he’s working with an acting coach to prepare for the role. He also hasn’t spoken with 50 face-to-face, but he and his father were excited to partner with him, especially after the success of his Starz show “Power,” which just wrapped up its third season.

“Everybody loves ‘Power,'” he says. “Everybody seen how well they’ve done ‘Power,’ so it’s a good look.”

The young actor, who played a role in Payroll Giovanni‘s “Day In The Life” short film, says it’s “exactly the right time” to share his father’s story. He explains he is looking forward to portraying Big Meech’s rough childhood growing up in Detroit and then seeing how the show progresses from there.

Big Meech is serving a 30-year prison sentence after running his drug kingdom that spawned B.M.F. Entertainment. Lil Meech, while wearing a “FREEBIGMEECH” T-Shirt, says that this show will show his father in a true light.

“My dad’s a very good guy,” he says. “He’s not like if people portray him as a bad guy or anything. He’s always a family provider, always provided for his family, always looked out for his family first.”

Watch the clip of Big Meech’s son talking about portraying his father in 50 Cent’s B.M.F. show below.