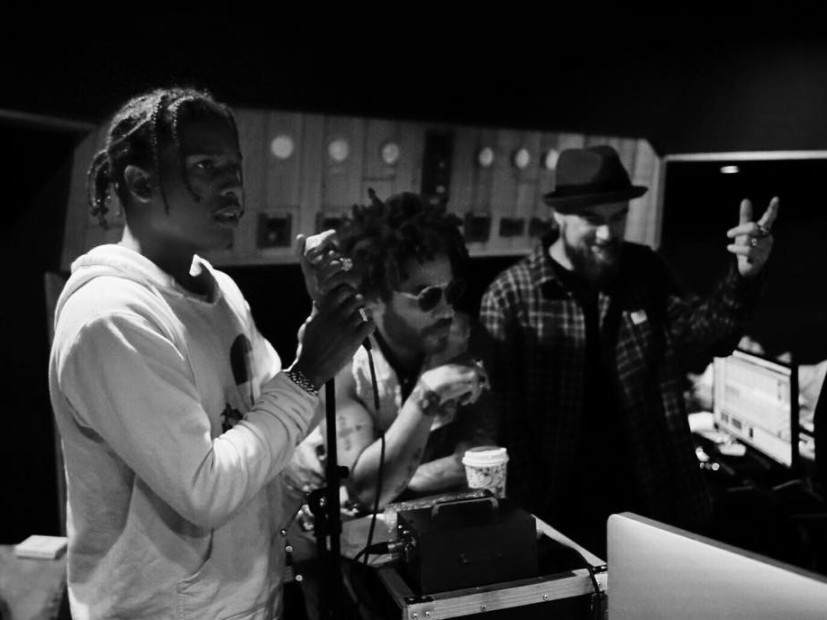 The follow-up to A$AP Rocky’s #1 album At.Long.Last.A$AP is on the way with the assistance from “L$D” producer Jim Jonsin.

The producer and Rocky have been spotted at the studio out in Los Angeles working on some new tunes. Jim later posted a photograph of Grammy-winning rock star Lenny Kravitz alongside the 27-year-old rapper in the midst of music making magic.

Jim Jonsin is known for his work with everyone from Beyonce, Usher, Kid Cudi and Eminem. More notably, for nabbing the Grammy in 2009 for Best Rap Song for Lil Wayne’s “Lollipop.” The song he worked on for ALLA, “L$D,” peaked at #20 on the Billboard R&B charts.

Check out Jim Jonsin in the studio with A$AP Rocky and Lenny Kravitz below.