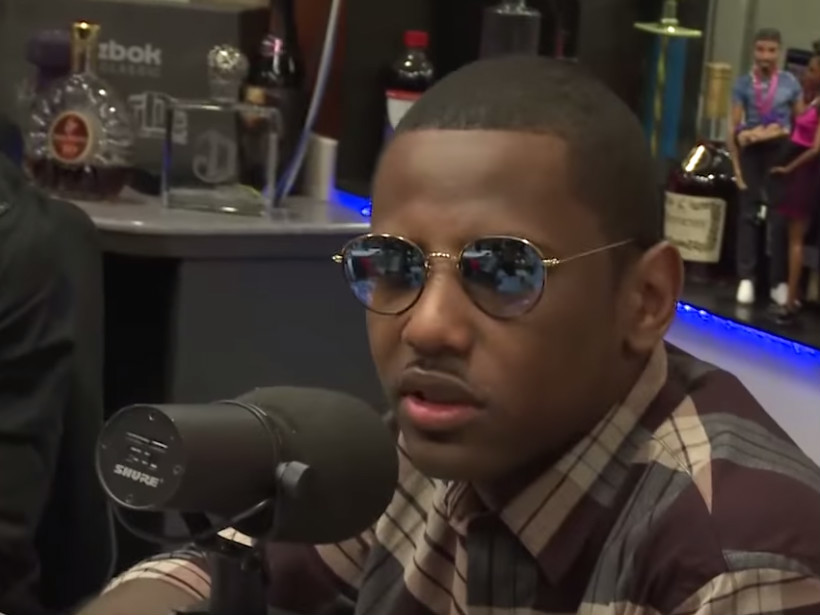 New York, NY – Fabolous stopped by the Breakfast Club to discuss the 15th anniversary of his album Ghetto Fabolous. The album dropped on the tragic day September 11, 2001. The release also coincided with the release of Jay Z’s The Blueprint, which causes Fab to accuse the fellow New Yorker of jacking his release date.

“Actually Hov pulled a sneaky move and moved his album up a week, it was really supposed to come out the next week,” Fabolous says in the interview. “I remember when I first woke up that morning, somebody called me and said ‘Yo everything is canceled’ and I was like ‘Goddamnit Hov!’ I thought Hov sabotaged everything. Then I turned on the TV…as soon as I turned on the TV I see the second plane flying in, I didn’t even think it was real, I was like ‘Is this a movie or something?’”

Fabolous says that he stopped thinking about the album that morning, though it went on to sell over 140k in its first week.

“The album kind of went on the back burner for a minute,” Fabolous says. “From the roof top of my projects you could see the World Trade Center and it was smoking. We were really concerned for what was going on.”

The first single off Ghetto Fabolous was “Can’t Deny It” with Nate Dogg and Fab reflects on the late singer’s legacy and how the song reflected a truce between the coasts.

“Nate Dogg , rest in peace to Nate Dogg,” Fabolous says. “Nate Dogg was a real dude, he came out to New York and shot the video with us, there was still a little tension between the East and West.”

Fabolous also addresses the reception of Ghetto Fabolous and how he understands his own weaknesses in the creative process.

“I think it was mixed reviews,” Fabolous says. “Even at that time I didn’t know how to put out an album. I didn’t know about really constructing a project.”

The New York MC says he came up on mixtapes and still likes to make them over LPs. Following that pattern, he just released his Summertime Shootout 2: The Level Up mixtape.

“Mixtapes have a different freedom for me,” Fabolous says. “They generate an energy for me like singles use to.”

Check out the entire interview below.