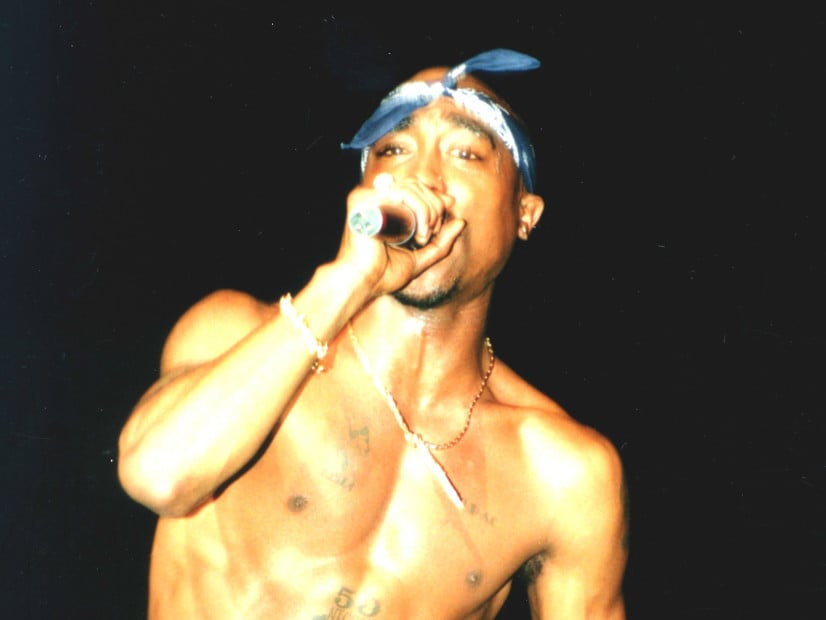 His music, poetry, acting and voice against social injustices served as an example for countless artists that came after him.

After being portrayed in the N.W.A biopic Straight Outta Compton, Makaveli is set to get his own movie, All Eyez On Me. A new trailer for the film was released today in honor of the 20th anniversary of his passing.

Several took to social media today to pay tribute to the West Coast legend. Whether it was Public Enemy sharing a picture of Tupac with Chuck D, Paris reflecting on his time working with ‘Pac, or Tyga honoring his father figure, each person had fond memories.

@MrChuckD and the late, great Tupac who sadly passed away 20 years ago today. pic.twitter.com/kvNSo0Qat3

“Look for me in the whirlwind or the storm" -Marcus Garvey "Life is a great sunrise. I do not see why death should not be an even greater one.” – Bob Marley

#RIP to My Biggest Influence,the reason I am what I am now. The only Artist Ive ever aimed to be like or attempted to pattern myself after. The Greatest Rap Artist Of All Time!!!! The game misses U bro. #RIPTupac #RIPMsAfeniShakur

20 years your legacy and energy is still alive. #2pac #RipLegend ??

Today marks 20 years since the passing of #TupacShakur May he continue to #RIP ?? pic.twitter.com/7d52T3thMm

20 years ago we lost a legend. His story shaped my own. #tupacshakur

#twotweettuesday. This day in 1996, We said goodbye to a Cultural Hero. Long Live The Spirit of Tupac Amaru Shakur. Rap In Peace.

Rest in Peace to my Comrade and former label mate #TupacShakur
One of the greatest to ever do it. #GoneTooSoon pic.twitter.com/rLq8XD4UFF

On this day 20 years ago, the music world suffered a huge loss as Tupac Shakur passed away. pic.twitter.com/17dSpekQ5A