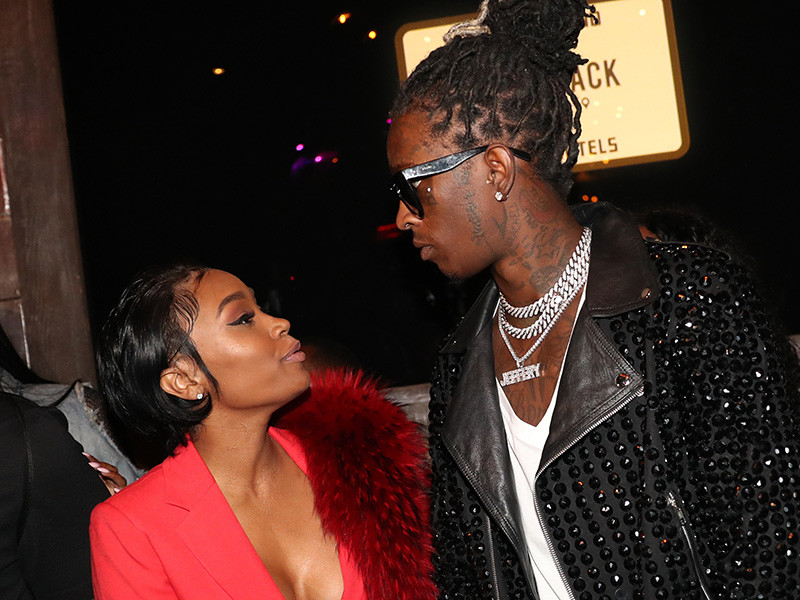 Young Thug Hints He'll Be Wearing A Gown At His Wedding

At his upcoming wedding, Young Thug may upstage the bride-to-be by wearing a wedding dress of his own.

Just weeks after Thugger threw the Hip Hop world into a frenzy by wearing an Alessandro Trincone-designed dress for his Jeffery cover art, the Atlanta artist will reportedly wear a “statement gown” to his wedding, according to Billboard.

Thug also hinted that he may serve as bride for the occasion, stating that “there will be two brides.”

Not one to silence his thoughts on gender roles, the rapper recalled a time early in his life when the critiques of others regarding his choice of clothing became mere background noise.

“When it comes to swag, there’s no gender involved … When I was 12, my feet were so small I wore my sisters’ glitter shoes,” Young Thug said while speaking with Billboard. “My dad would whoop me: ‘You’re not going to school now, you’ll embarrass us!’ But I never gave a f— what people think.”

“Everything he said was perfect,” she said during an interview with Vlad TV. “He completely swept me off of my feet. That’s what people don’t know. He’s a charmer. Especially with women. He will sweep you off of your feet with his words.”

It is currently unclear when Young Thug and Jerrika Karlae will tie the knot.