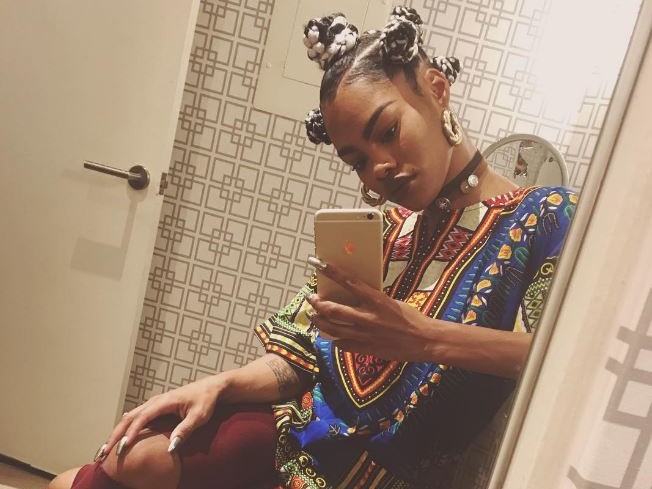 Clad in a midriff-baring one-piece, Taylor recreated her now-signature dance moves from the “Fade” music video, which was choreographed by Jae Blaze, while on stage at Highline Ballroom.

As in the video, Taylor was joined on stage by her NBA championship-winning husband, Iman Shumpert, at the end of her routine.

“Fade” first premiered at the MTV Video Music Awards last month. The video was introduced by Kanye himself, who discussed his “Famous” music video and Taylor Swift, before premiering the Eli Russell Linnetz-directed video.

Also on hand at G.O.O.D. Music’s pop-up event was Desiigner (who performed alongside ‘Ye), Migos, 2 Chainz, and Pusha T.