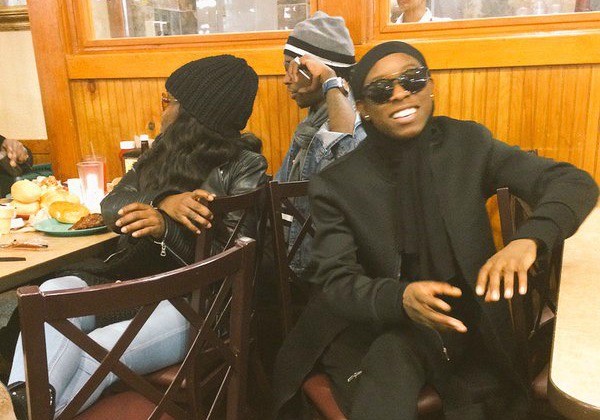 After moving approximately 40K units, including streaming, with his recent mixtape Jeffery, the Atlanta rap star Young Thug has shifted his focus to the careers of his two sisters Dorothea (“Dora”) and Alexis (“Dolly”) Grier. The second youngest of 11 children, Young Thug’s family has always played a crucial role in his music. The youngest of the bunch, Dora, is the exuberant Lucky Charms-fanatic from Thug’s 2015 hit, “Best Friend,” and the more enigmatic of the two, Dolly, is also cited in multiple songs as an inspiration (most notably on Barter 6 ballad “OD.”)

After making their debut appearances earlier this year on the closing track of their brother’s I’m Up mixtape, “Family,” the duo is back with a nine-track EP of their own, aptly titled Family Ties.

In a February 2016 interview with Complex, the Thugga siblings discussed the making of their debut record and how it came together organically.

“Dora and I were in the studio with Jeff and a couple of his friends while we’re debating on who’s going to the NBA Finals, and he was playing the beat,” Dolly recalled. “The beat played like, 100 times. We were like, “If you play the beat one more time….” We actually did the song in his house studio before, but it can’t be released because it was a feature [for another artist working with Jeff], and we were just playing on it. We decided to get up from the studio room and go into the recording room, and we were just drinking.”

The sisters enlist the help of notable YSL producers Wheezy and Goose, as well as Zaytoven’s newest signee CassiusJay, and keep the familial theme going with a verse from their incarcerated brother Unfunk on “The Truth.” Young Thug can be found showing support on the opening track, “Serving the Plug,” but ultimately takes a backseat in order to let his siblings tell their story.

Stream and download the duo’s introspective debut down below: