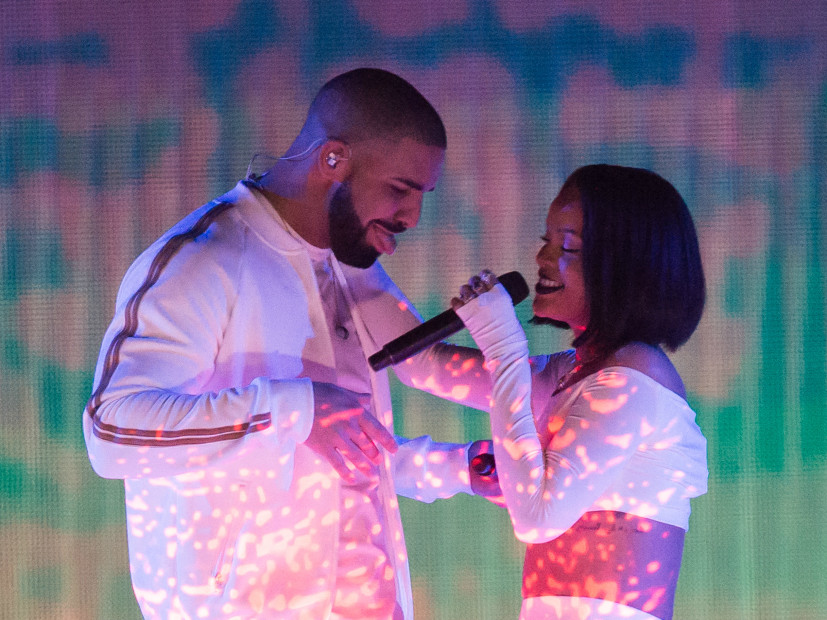 Love was in the air yesterday (August 31) at Drake’s “Summer Sixteen Tour” stop in Miami as the Canadian musician locked lips with Rihanna, following a surprise performance from the singer.

In amateur video of the smooch, Rihanna can be seen taking her exit after performing “Work” and “Bitch Better Have My Money,” but not before walking towards Drake for a quick kiss and hug.

The crowd at Miami’s American Airlines Arena can then be heard erupting into cheers, following the PDA.

In addition to a surprise appearance from Rihanna, Drake’s Miami concert included an appearance from Young Money helmsman, Lil Wayne. During his set, Weezy went on to perform his Tha Carter III hit, “A Milli.”

Given the 2008 release of “A Milli,” the record was actually released well before Drake signed to Young Money.

Drake’s “Summer Sixteen Tour” is scheduled to make stops in New Orleans and Houston this week.

Video of Lil Wayne and Rihanna’s performances at the “Summer Sixteen Tour” stop in Miami can be found below.