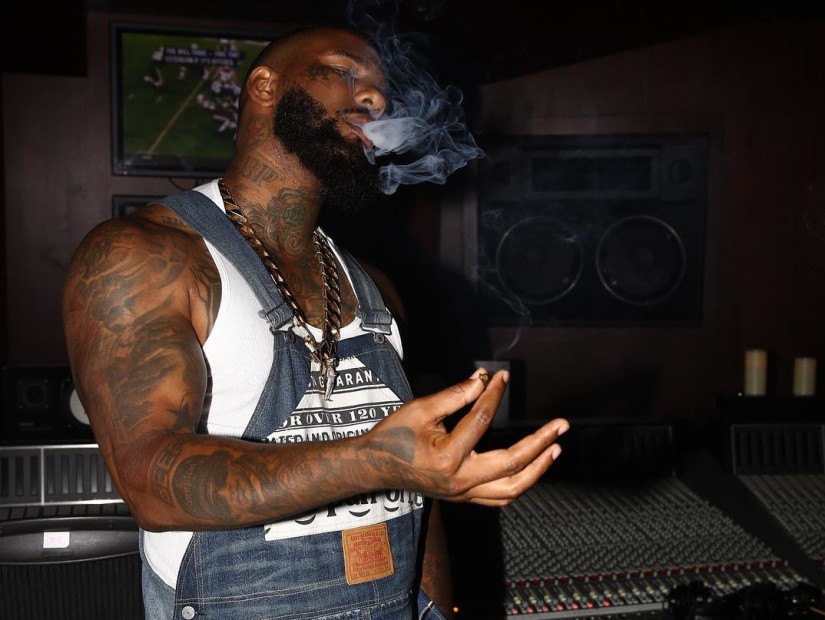 The Game Is Getting Into Marijuana Business

Santa Ana, Ca – The Game has bought into one of 10 licensed Santa Ana, California marijuana dispensaries, The OC Register reports. He is now co-owner of the weed shop The Reserve.

The Compton, California rapper is also cultivating specific strains of marijuana flowers and concentrates that will first become available at his Tech Center Drive shop with more to come by the end of 2016.

“At the foundation of every emerging industry is good people willing to stand up, step out and pave the way for future generations to come,” Game said in a press release. “The Reserve is my platform for nationwide education and statewide access to consistent, locally grown, premium medicine.”

The move shouldn’t be a surprise coming from The Game, whose home state was one of the first to legalize the medicinal use of weed.

In April, he headlined the High Times Cannabis Cup Festival in San Bernardino, California and also collaborated with the Anaheim-based GFarmaBrands on THC-infused lemonade drinks and pre-rolls.

B-Real is another rapper who has bought into the growing marijuana business. He won a bid to open up his Dr. Greenthumb shop in February of last year. It has yet to open due to issues of getting approval from the neighborhood building association.

The marijuana industry is expected to grow into a $7.1 billion dollar business by the end of this year, Forbes reports. As many states push to legalize Mary Jane for recreational use, as Colorado, Alaska and the United States capital Washington, D.C. already have, growth is expected.

In 2013, Harvard University professor Jeffrey Miron told Spiegel Online that America’s economy could benefit greatly with the legalization of weed.

“If it legalized drugs, the United States could save $85 billion to $90 billion per year,” Miron says. “Roughly half that is spent on the current drugs policy and half that is lost in taxes that the state could have levied on legal drugs.”

From a financial perspective, The Game‘s investment into The Reserve appears to be a sound one.