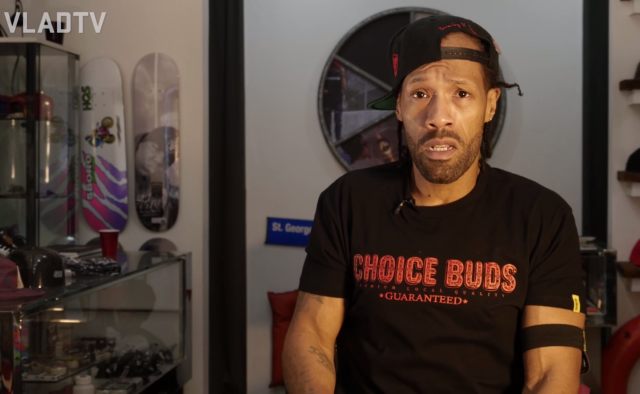 Redman Remembers Being Confronted By MC Hammer Over "Whut?" Diss

New York City, NY – Before Drake was a commercially beloved entity and blamed for sucking purity out of Hip Hop, there was MC Hammer. Following the massive success of his 1990 “U Can’t Touch This” single, the pioneering rapper went on to join the elusive Hip Hop diamond-selling album club with his breakout third album, Please Hammer, Don’t Hurt ‘Em, which would go on to sell a relatively modest number of records: 22 million to be exact.

Redman may have enough accolades to constitute the title of the GOAT but even he had to learn the hard way about the power being on top the Hip Hop food chain can bring an artist.

As everyone should know, every increased measure of success also increases the target on your back and as his empire grew larger, Hammer took shots and subliminal from all areas of the rap game’s map. Even out of Brick City, when Redman used the dancing sensation as fodder on his “Funky Uncles” skit from his seminal 1992 debut Whut? Thee Album.

The album was released at a time when Hammer had a bankroll to pay his entire Oakland hood (and then some), which apparently enabled him to have plenty of goons ready to put in work just because a rookie rapper wanted to mouth off.

“That g*ddamn MC Hammer? [He was] very serious about beef,” Reggie Noble passionately told DJ Vlad. “Y’all mu’fuckas laugh and y’all joke about Hammer? No, no, no, no!! That nigga was deep with niggas! Anybody who talked shit, come to the Bay Area, they was in for it. ‘Cause we seen it. I seen it! And, he was very serious about beef. ‘Oh. You gon’ talk about my dancing pants? I’ll see you.’ And, he would whoop a nigga out.”

During the final taping of the storied Yo! MTV Raps in 1995, Redman said he got his face to face with MC Hammer three years after the “Funky Uncles” skit and it was a session in humility.

“That nigga came up to me on [Yo! MTV Raps] on the last episode they had,” said Red. “That nigga approached me. He was like ‘Red, I’ma tell you somethin’. You young but I don’t allow nobody talkin’ about my mama. You understand me?’” “I said, ‘Yes, sir,’” Redman remembered with a laugh.

Before the confrontation, Red said he and Mobb Deep and previously engaged in a beef that was too short-lived to even make it onto wax. He also harbored on a previous encounter he had in Oakland when he was traveling with EPMD and they got “boxed in” by several cliques ready to smother them just for the comedic interlude. Thankfully, it didn’t come to bloodshed or Band-Aids.

“He shook my hand. He was like ‘You a youngin’. I like what you do. But, you just know I don’t play nobody talkin’ bout my mama.’”

Redman also said the “Funky Uncles” skit came from an earnest place: “He was so large, I had to get at him.”

Watch the 1994 BET Rap City interview when Hammer referred to Redman as a “punk” and how he had to chin-check A Tribe Called Quest (namely Q-Tip) for the shot heard ’round the world on “Check the Rhime.”